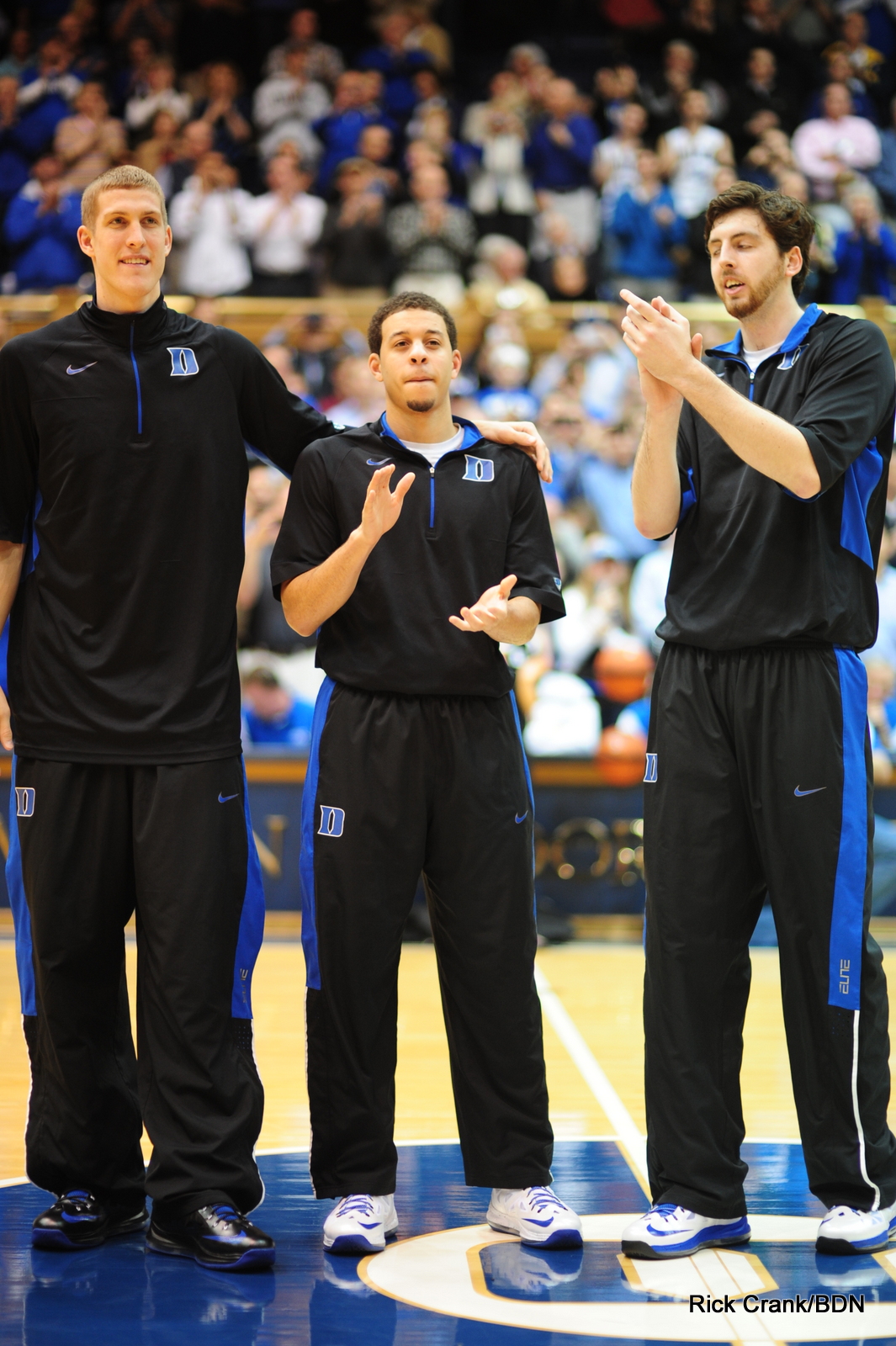 Now that Ryan Kelly is back in the fold, Duke has three seniors among its top seven players (based on minutes played). We hear a lot about how Duke's defensive schemes take a long time to master, and how 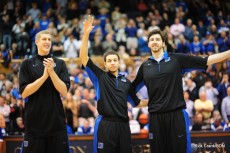 Coach K values his seniors. But just how important is that experience to Duke's NCAA tournament hopes?

Well, let's start with the question of how often it happens that three or more seniors are part of Duke's core rotation? Assuming the seven-man rotation Coach K favors at this point of the year, the answer is not very many. Here's the list:

That's pretty good company for the 2013 Duke squad. Five of those six teams made the Final Four, and the other was the top overall seed in the NCAA tournament. Four of the six played in the national title game. Maybe there's something to this experience thing after all.

It's worth noting that the 1995 Duke team also had three seniors in its top seven minute-getters (Cherokee Parks, Eric Meek, Kenny Blakeney). I do not include that team on the list above for several reasons. Primarily, Coach K didn't coach that team for almost the entire ACC season. Based on his history and on the longer rotations used by interim Coach Gaudet, It's probable Coach K would have distributed minutes differently. Also, Blakeney was 7th in minutes on that team, but only because junior Chris Collins missed the teams first three games, otherwise Collins would have been 7th and Blakeney 8th in minutes. In any event, the relevance of 1995 in this discussion is limited since we're looking at a correlation between seniors and NCAA tournament success and the 1995 club missed the Big Dance.

If we're trying to make any kind of definitive statement, six data points isn't all that many. So let's look at all 28 of Coach K's NCAA tournament teams:

Obviously it's not a perfect correlation. Duke's 1991 national champion, 1999 NCAA tournament finalist, and 2004 Final Four team all had just one senior in their rotations, while the 1993 and 1997 teams had two seniors and fared poorly in the tourney. Still the trend line appears pretty solid.

I'm sure a statistician could do more with the data, but with this simple view one thing seems clear: historically, despite some exceptions, Duke tends to fare better in the tournament the more seniors it has among its top seven guys. True, it's probable many other teams could say the same, but none of those teams have seniors Mason Plumlee, Seth Curry, and Ryan Kelly leading the way this season. Whether or not Duke marches its way to Atlanta this April, at least we Duke fans are starting off with an advantage.