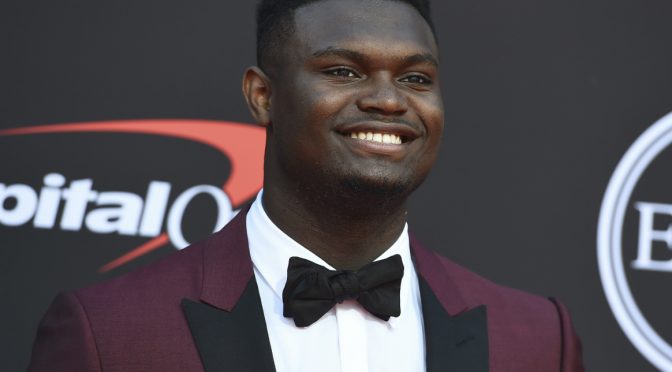 Williamson becomes the first Duke men’s basketball player to win an ESPY, and just the fourth nominated. In 2002, both Shane Battier and Jason Williams were nominated for the College Athlete of the Year, while J.J. Redick was nominated in 2006.

“I want to thank Duke University and Coach K for letting me perform on the highest platform,” said Williamson during his acceptance speech. “And a shout out to The Brotherhood -- I wish they could have been here with me. I love Duke, and wish I could have stayed a second year.”

The other 2019 nominees for the College Athlete of the Year were Kyler Murray (Oklahoma football), Sabrina Ionescu (Oregon women’s basketball) and Rachel Garcia (UCLA softball).

“I love Duke. Wish I could’ve stayed a second year, but I had other things to do.”

Zion making everyone laugh after winning the ESPY for Best College Athlete 😂 pic.twitter.com/wb0qEFlQxX