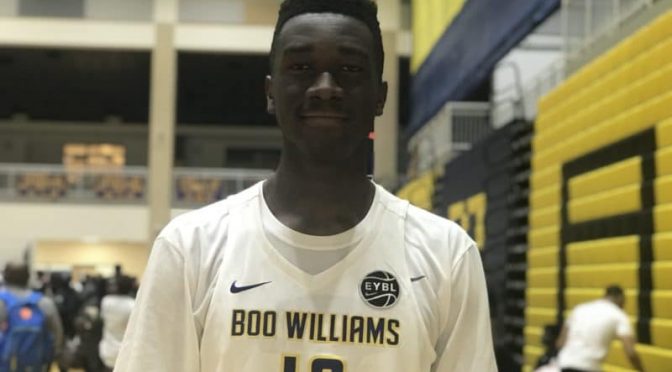 Standing at around 7 feet tall, Williams is one of the top centers in the 2020 class. He transferred to IMG Academy for his senior season where he will play alongside Blue Devil's verbal commitment Jalen Johnson.

Williams is from Norfolk, Virginia and he played for Boo Williams in the Nike EYBL summer league circuit. For those wondering, that is the same program that produced former Duke player and national champion Andre Dawkins.

While there is already a familiarity with the campus and program, Williams will get the Duke staff's undivided attention and their vision on how he can help with the future of the program.

Williams will attend the exhibition game with Northwest Missouri State. The Blue Devils entertained Hunter Dickinson the week before which are the last two offers currently on the table for next year's class.

For more on how things will shake out, join Blue Devil Nation during our 60.00 for one year special for a stright-forward take on the latest happenings.