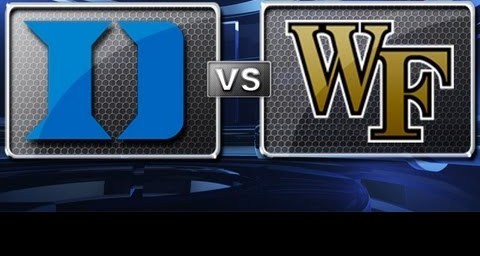 Before I get into this week's Duke at Wake Forest preview, let me address my last article. Anyone who thought I was hinting at a change at the top of Duke football was sorely mistaken. While Duke has been disappointing on the field of late there are multiple reasons beyond coaching for those ills.

Duke football under David Cutcliffe has earned a pass on having what some see as a down year to date. The man has taken over a program that was at the bottom of the ACC and given Duke fans bowl games.

What Cutcliffe has also done is raise expectations, so when his team stumbles to an embarrassing loss there is some disappointment. And there are questions.

It is fair to question how Duke is doing some things on the field when it begs for reevaluation. And truthfully, nobody expected a lot from this season's team which is young and suffered unexpected personnel losses. In fact, Duke has 16 or so starters back, so there is room for improvement moving forward.

The season is not over for Duke and the seniors which have given effort are leaving the team as winners in their overall career. But what the team and fans would like to see is some program pride after two crushing losses.

In comes Wake Forest. The Deacons have been on an upward swing for a few seasons now and Duke would like a little payback from a devastating loss a year ago.

It will not be easy despite the Deacons losing their top two wideouts. Wake Forest seems to be a hungrier team and they stand 7-3 on the season. If Duke can slow their run game they can compete, but the Blue Devils are a touchdown underdog for a reason.

Some are still talking about bowl contention and Duke is technically still an option. Many have spoken of Duke going to a bowl with just five wins due to their lofty APR which rewards their acumen. But a single win seems a daunting task at this time so maybe it is time to temper expectations.

What I will look for is can Duke make its own breaks. Can a playmaker step up on offense? Can the team generate enough points and yards to give the defense a chance?

I stand 8-2 on straight up game predictions this season and 8-1-1 against the spread. The pick this week is Wake Forest 24 Duke 14