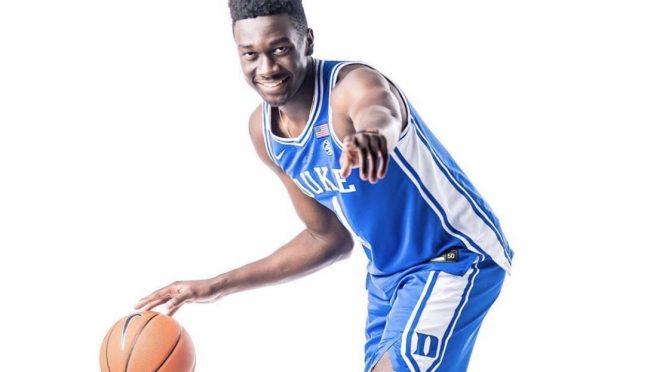 Duke added their sixth commitment to their 2020 recruiting class when Mark Williams of IMG Academy picked Duke over Michigan and UCLA.

Willams started his summer off as a top 50 player but his stellar play helped him ascend in the rankings where he is now seen as a top 30 prospect. The Virginia native transferred to IMG Academy after his Nike EYBL season where he played for Boo Williams.

Duke was n desperate need for frontcourt help before William's commitment. The Blue Devils offer immediate playing time with the expected losses of seniors Javin DeLauraer and Jack White and the likelihood that Matthew Hurt and Vernon Carey will enter the NBA Draft.

Williams is familiar with the Duke campus in that his sister, Elizabeth, had her jersey retired after a stellar career with the Duke women's program.

The Blue Devil to be cut a long list of schools down to three in early September and Duke was on the list. The Blue Devils offered Williams in late April and remained very active from him since that time.

Many of the aforementioned in-coming players were active in recruiting Williams. He most recently visited Duke for his official visit during Countdown for Craziness with IMG Academy teammate Jalen Johnson.

Blue Devil Nation members long knew Williams was a Duke lean but the process needed to play out. Duke still wants and needs another big man in this class and they currently have an offer out to Hunter Dickinson.