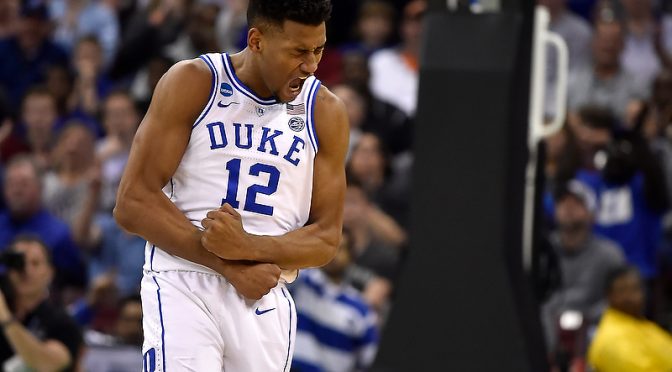 The loss to Michigan State which knocked Duke out of the Final Four a season ago still carries some hurtful residue in the hearts of many. But the reality is that Duke does not even closely resemble that squad. Tre Jones was certainly disappointed at games end and he will do his best in taking on the Cassius Winston challenge tonight. Duke is a 6.5 point underdog and will travel to one of the toughest places in the nation to play in Ann Arbor, Michigan. Detroit area press said this was the biggest game in the Breslin Center in decades.

Duke lost arguably its most athletic contributor in Cassius Stanley and that loss will be telling. The reason being that he is a stat stuffer where he was contributing in every phase of the game. Still no word on his return but I am the glass half full type and think it may be sooner than expected even if it is wishful thinking. But he has returned to some practice per source.

Who will step up?

I will pull no punches in answering that question, or, at least, who Duke would like to see rebound from the last game. All eyes will be on freshmen Wendell Moore who will take on a large role tonight with Stanley's absence and he is coming off a game where he barely contributed. Moore will be needed in this matchup not only on defense but the offensive end where he has been mildly inconsistent.

Who can maintain their momentum?

Two Duke players played their best games of the season against Winthrop. Those two guys are, of course, Matthew Hurt and Joey Baker. You can bet the Duke staff hopes they can build on their last outing tonight. Hurt will likely start and Baker will get a shot to show off his touch again. The key will be for these two guys to continue to grow in their roles in a consistent manner while not just scoring but playing well in all facets of the game.

This is about as close to home as Tre Jones will get during the season and a nice effort is not only expected but a must. The bottom line is there is pressure on Jones in that he must face Cassius Winston in a hostile environment while properly handling his emotion from last season's upset loss. This is a big stage game for Duke but even more-so for the teams leader.

Javin DeLaurier had his best game of the season a year ago in the close loss to Michigan State. He played with a ton of heart and major minutes in that game and the staff would love to see a repeat performance.

Are you still wondering about the loss to Stephen F. Austin? Well, they were a 3 point favorite on the road to Arkansas State the next game and stomped them. Last evening, they beat Arlington Baptist 114-49 to go to 7-1.

Bold comment - For Duke to win Vernon Carey will have to outplay Xavier Tillman.

Duke has a quick turnaround after a very late night tip off where they open ACC play at Virginia Tech. While the Spartans have five days before their next contest, Duke has less than three days to go home and then head to Blacksburg to face a team that beat the then top ranked Spartans.

Remember this is December basketball and Duke has a lot of youth which will develop. Should they lose, it is not time to hit the panic button and there is no time for the team to feel sorry with the ACC season at hand.