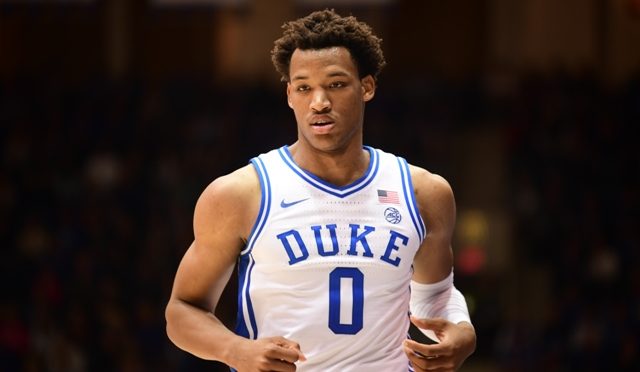 The Duke Blue Devils (2-0 ACC, 12-1 overall) ended 2019 with a dominating victory over Boston College and now face Miami (1-1 ACC, 9-3 overall) in their first test of the new year. The Hurricanes will sell out their arena for the premiere game on their conference home slate against Duke. And that means added emotion for a Hurricanes team which comes into the contest with a five-game winning streak.

In their last few contests where the Hurricanes have secured wins over Clemson and Illinois on the road; Miami seems to have found their comfort zone with their rotation.

As for the Blue Devils, Duke is on a six-game winning streak and sits at the #2 ranked slot in both polls. In short, Duke is getting better as they constantly stir the pot with their own rotation before the ACC schedule to come.

This is just the second true road ACC game for the young Duke cast and that means we will see how they react to an always hostile home crowd whenever they wear the visiting uniform.

Other than consistent contributors, Vernon Carey Jr. and Tre Jones, Duke has had a lot of different players step up each night. Thankfully, the Blue Devils have a deep roster and they are making this situation a strength.

Meanwhile, Miami is led by three guards who all average 15 ppg in Chris Lykes, Kameron McGusty and Dejan Vasiljevic. The emergence of two frontcourt players in Sam Wardeenberg and Rodney Miller Jr. balances out the starters and Keth Stone is a solid frontcourt contributor off the bench,

Miami will test Duke by driving the ball to the hoop and when they kick the ball out, they have solid three-point shooters. In fact, every player but Miller in their starting lineup is a threat from the three-point stripe.

The Hurricanes will also play nine players against the Blue Devils. so the Duke bench play will loom large in this game as well. It almost never fails, that one of the better Duke players on a given night will come off the bench. The reason for that is there is not major separation from competing players at this time of the season.

Duke will hope that Matthew Hurt can build off his career-high in their win over Boston College. Right now, Hurt and his other teammates seek consistency with their play.

The Blue Devils showed what they can do when hitting the three-point shot in their last outing, but all games are different. Miami will provide another test for Duke and they are better than the Eagles.

What we will watch for is Duke to continue to play good defense against a guard-heavy team. The Blue Devils have struggled a bit with teams who are physical with their drives and Miami will test Duke that area of the game.

This will also likely be a contest where the Duke wing players need to be at their best. The play of guys like Cassius Stanley, Wendell Moore and Jordan Goldwire on both ends of the floor will be critical to success.

The Blue Devils could use some continued scoring punch out of Alex O'Connell and Joey Baker as well. When just one of these guys steps up on the offensive end, it has been good for the Blue Devils winning effort.

Duke cannot afford to get caught with a lack of focus for this game could prove tougher than many think. What the staff and fans hope to see is continued growth as the season moves into ACC play.