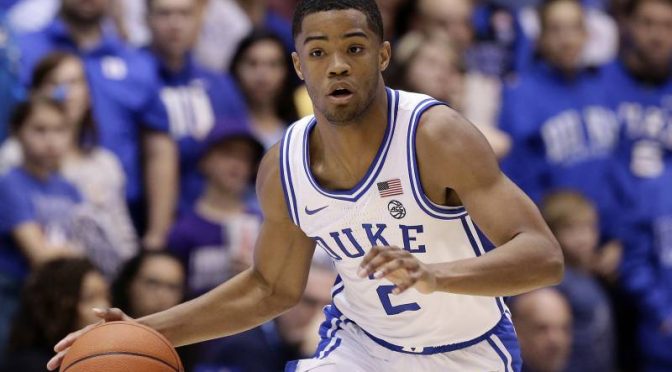 Duke Coach Mike Krzyzewski pretty much called it like it was when he said the Louisville team ran their offense better than Duke did in the Cardinals 79-73 win over the Blue Devils.

This was after be brought attention to one of the most physical games of the ACC season which saw Duke drop its second consecutive ACC game which dropped them into third place.

"The term “freedom of movement” was not alive and well tonight. I hope we don’t have the rest of the conference like that. That’s not good basketball," said the Duke head man in his opening statement to the media.

Earlier in the day a few of the ESPN talking heads had been talking about the game trending towards physical play and letting a lot more go with concern to movement than in seasons past.

On the other side of the ledger, Duke connected on 6 of 25 from the three-point stripe. But take away Matthew Hurt going 3-5 and the Blue Devils were just 3 of 20.

Duke also had trouble executing their offense after staging the comeback where the Cards once held a 15 point lead. But the Blue Devils struggled to execute the offense in the last few minutes of a close game.

Louisville won by kicking the ball out on fast breaks, especially in the first half when they turned Duke over early and often. There initial play to start the game knocked the Blue Devils back while giving the visitors confidence and they held on for the win

Duke had some positives in a game they'll certainly learn from participating in. They were literally on the ropes but managed to keep fighting putting themselves in a position to win.

Cassius Stanley tallied career highs with 25 points to go with 11 rebounds. Matthew Hurt continued to contribute on the offensive end and not to be lost were the 7 rebounds and 5 steals Jack White contributed. Duke also cut down their turnovers to just six after starting the game with ten in ten minutes.

All in all, this game took a herculean Louisville effort, their bigs making threes, foul trouble and some guys having career games on the other side of the ball for Duke to lose.

There is no doubt that this win will propel the Cardinals into a better position mentally after they stumbled a bit early with three losses. But Louisville was always a top ten team and will be the remainder of the season.

Duke, on the other hand, was handed its third loss of the year, and this will likely drop them to the bottom of the top ten in the polls this week. But do not expect that to last provided the Blue Devils remain healthy.