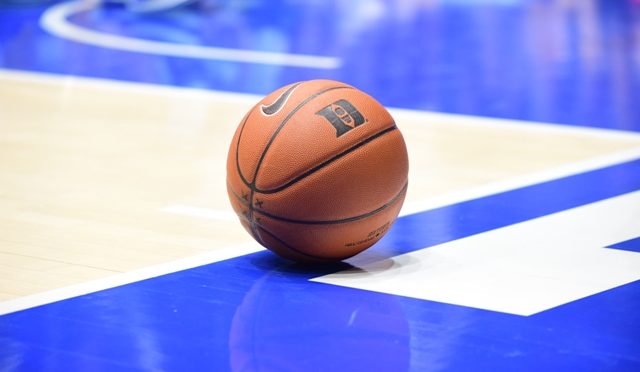 Well, the latest game in the Duke-UNC rivalry did not disappoint. Media and fans alike are still reeling from the overtime classic. Wendell Moore Jr. and Tre Jones will always be remembered from their late-game plays and the game will live on in the much-ballyhooed lore. People are still talking about this game but for the first time in regular season history, Duke had a single day to reflect and prepare for the nation's 8th ranked team tonight in Cameron Indoor Stadium.

FSU is a different beast

The Seminoles are a very deep basketball team that will throw players at you in droves. This makes for a tireless team that is very hard to prepare for. While there may not be an All ACC player on the Noles roster, their coach, Leonard Hamilton has his deep team playing on the same page with one another.

Florida State makes it hard to figure out which players to concentrate on. And that means Duke must maintain a high level of defense no matter who is on the floor. The Seminoles bring their 10-2 ACC mark and 20-3 overall record into the game which is the exact record of the Blue Devils.

The Seminoles will play with a chip on their shoulder. They are one of the ACC's most consistent programs but they rarely get the hype they deserve. Vegas has labeled Duke an 8 point favorite which seems high considering how these games have gone in the past and that Duke is coming off their most emotional rivalry.

"We have played a lot of tough games on the road and in order to prepare for those road games, you have to come up with an approach that's realistic. What we try to teach our guys is to stay in the moment," said Leonard Hamilton after his team whipped Miami this past Saturday.

As big of rivalry game as the Duke-UNC game was, the Blue Devils are in a heavyweight fight tonight against the Seminoles. These are two teams that deserve their ranking and both have been playing solid basketball.

Duke will be fighting the distraction of people still wanting to sponge the aftermath of the win over UNC. It will be interesting to see if they can take care of business.

What is up for grabs here is the sole possession of second place in the league. Duke will need every player to step up tonight to come away with a win.

It is hard to say how this game will play out. Both teams are coming off hight scoring performances and we could have a game like that. But Florida State is comfortable in defensive battles as well. They can be a very patient team in grinder games and that means each possession is vital.

Duke may be a bit leg weary in this game but they will have five days off before taking on Notre Dame on Saturday. So expect them to go all out in this one.

Rankings, seedings and other stuff

Duke was labeled a two seed in the latest tournament projections. This is a year when there will be lots of upsets in that the difference in the top 24 seeds is minimal in some cases. The new polls come out around noon and Duke will stay at #7 unless they overtake Dayton in the coaches poll where they are close to doing so via voting. After looking at the schedule of contenders I told you three weeks ago that Duke would be stuck in the 7th or 8th spot nationally for a bit in that other teams had no games where upsets were possible.

Tonight's game with Florida State means the winner remains firmly in the top 7 and likely higher. Duke is playing for a local seed in the NCAA tournament where Greensboro is the first-round site. Staying in Greensboro for two consecutive weekends including the ACC tournament is much desired.

Duke is pretty much a lock for a top four seed in the fast-approaching ACC Tournament which means a double-bye. And many are happy that the tournament has returned to Greensboro, N.C. which many consider the best venue.

Do you care to look ahead? Selection Sunday will be held on March 15th. The Final Four is in Atlanta, Ga, is slated for April 4th - 6th. The Greensboro region will be Friday/Sunday from March 20th to the 22nd.

The Blue Devils are the nation's second highest-scoring offense in the NCAA at 83.1 ppg.

Duke and FSU have been ranked in the last six games of the series.

34 - the number of days before the NCAA Tournament Selection Sunday.

29 - the number of days before the ACC Tournament.

8 - the number of regular-season games left.

5 - the number of games left in Cameron