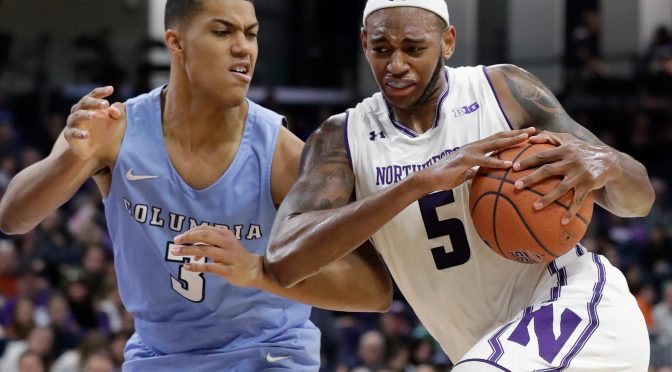 The one thing the Duke men's basketball staff does before offering a transfer is their due diligence. There have only been six transfers in the Coach Mike Krzyzewski era. A week ago everyone had Duke involved with Harvard's Seth Towns and Yales Jordan Bruner. But both, whole talented, are small forwards.

Earlier this evening Duke got a commitment from Patrick Tape who played for the Columbia Lions a season ago. And it was a perfect fit for Duke which beat out Arizona. Maryland, Ohio State and Syracuse for his service.

Tape immediately gives Duke some much-needed post depth where Vernon Carey will soon take his game to the NBA. The Blue Devils also lost the service of seniors Jack White and Javin DeLaurier.

Duke will now have another player to work in the frontcourt with incoming freshman Mark Williams. Before the signing of Tape, it appeared Matthew Hurt would have to play more inside, but now he can play inside out or the stretch position on next seasons team.

One of the things you see when watching film on Tape is that is is a true post player. He is tall at 6-10 and a sturdy 230 pounds and he is physical around the rim.

Many people likely do not know that Tape had a single offer coming out of high school. Yet when he hit the market where players are not allowed to play a fifth year at an Ivy League school. the bluebloods lined up.

That is a testament to how much Tape improved and that big bodies are a commodity. And there is a reason Mike Krzyzewski liked what he saw in Tape -- that being he plays defense.

When asked what the strength of his game was by Jamie Shaw or Phenom Hoops, Tape replied,  "I would say that I am a low post threat, high energy guy. I am looking to expand to the perimeter more, but always looking to get better."

The Blue Devils could be done for the recruiting season if the players expected to leave and return stay as it is right now. You can learn more about that by joining Blue Devil Nation Premium during our one-year special where we break down what we expect to happen.

I think we will see in time that the Blue Devils did their due diligence finding a player that should fit well on the roster.