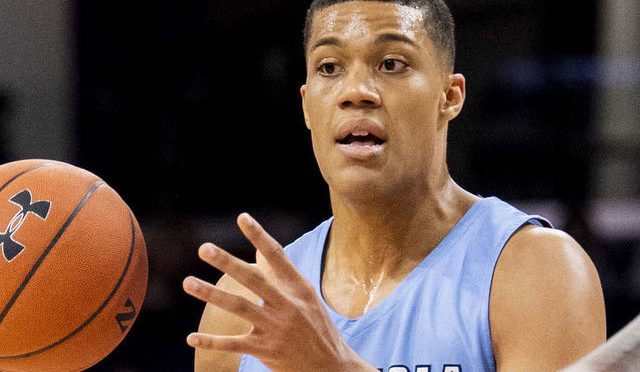 DURHAM, N.C. – Duke men's basketball head coach Mike Krzyzewski has announced the signing of graduate transfer Patrick Tapé, who will enroll at Duke University and play for the Blue Devils in 2020-21.

Tapé (pronounced tap-ay), a Charlotte, N.C., native and graduate of Queens Grant High School, comes to Duke following an All-Ivy League career at Columbia University. The 6-foot-10, 220-pound forward averaged 6.9 points, 5.1 rebounds and shot .613 from the field in his 69-game career for the Lions. He leaves Columbia as the program's career leader in field goal percentage.

"We are very excited to welcome Patrick into our program," said Krzyzewski. "He was an All-Ivy League player at Columbia and should bring a veteran presence to our team as a graduate transfer. He's a strong, skilled and physical player that has a wealth of experience with his back to the basket. We're lucky to have a young man from Charlotte back in the state and look forward to getting him on campus and enrolled in class as soon as we can."

He made 21 starts as a junior and averaged 11.3 points, 5.9 rebounds, 1.3 blocks and shot .667 (126-of-189) from the field on his way to honorable mention All-Ivy League honors. He was named the Ivy League Player of the Week after closing the season strong with a pair of 16-point efforts against Brown and Yale. In a three-game stretch early in the season against Power 5 opponents Boston College, Rutgers, and Northwestern, Tapé totaled 50 points (16.7 per game) and shot .710 (22-of-31) from the field.

The Urban Studies major will earn his degree from Columbia and enroll in graduate school at Duke with one year of eligibility remaining. He did not play as a senior while recovering from a foot injury.