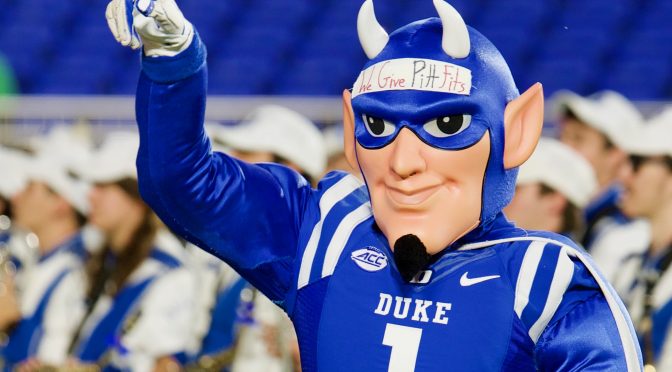 A Season on the Brink?

I have been hearing for weeks now that the ACC will likely go to a conference only schedule any day now with concern to hopes of completing a football season. It would appear that the power five conferences are about to get on the same page and this will include an expanded 8 team playoff system being developed. Don't shoot the messenger for I am simply passing on the latest scuttlebutt which may or may not come to fruition in a fast-changing world.

During his recent press conference, Duke football coach David Cutcliffe said he is in favor of conference-only games. His reasoning and that of others is this is a way to control the situation where everybody is on the same page by a governing body.

The Blue Devils lost one opponent on the schedule in that the MEAC canceled its football season. And that is the conference North Carolina A&T resides and they were the second scheduled game of the season for Duke.

At this point, most of us are hoping for any kind of season, but there are numerous roadblocks ahead of which there are too many to mention.

Duke slotted 6th in the Coastal per preseason polling

The Blue Devils are picked to finish sixth in the seven-team ACC Coastal Division by pretty much everyone making forecasts. The annual ACC Media Day or football has been delayed but I'd be willing to bet that Duke will be picked in this position once the votes are tallied.

While Duke has some talent in many places, especially on defense, there are just too many questions at key positions to rate them higher. One of the two major question marks will be the play at quarterback where Clemson transfer Chase Brice is expected to take over. While he has some experience and has been studying film while being zoomed in with his new mentor David Cutcliffe he is yet to take a snap in the Duke system. The line looks pretty solid in front of Brice and other potential throwers; the wideouts are still coming into their own and the depth is not deep at the running back position so injuries could play a role as Cutcliffe takes over the play calling. Duke is set with their starting tight end Noah Gray but there is unproven depth behind him.

Speaking of the defense, they lost some players upfront via transfers which will cut into depth there. The linebackers are athletic and talented but still relatively inexperienced. The backend has loads of talent and a new coach, so that position will be a little different in style of play. As good as that unit has been they have failed to create a lot of turnovers and that aspect needs to get better. But make no mistake, the Duke defense is the strength of this year's team in that they are experienced in the front and back of their schemes.

The other major question mark I spoke of is special teams play where Duke is breaking in freshman kicker Charlie Ham and punter Jackson Hubbard.