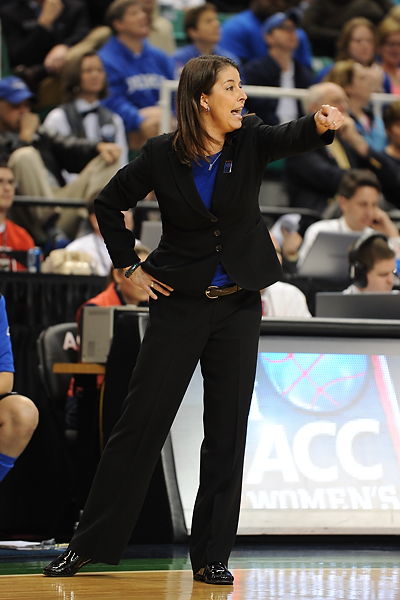 “Here at Duke, Joanne’s extraordinary passion for excellence produced championship-level success and provided many timeless, captivating moments for both our student-athletes and fans,” said Duke Vice President and Director of Athletics Kevin White. “To be sure, Joanne’s unwavering commitment to leadership and service has had an enormous impact on the development of countless young women over the past three decades.”

Duke will begin its search for McCallie’s replacement immediately.