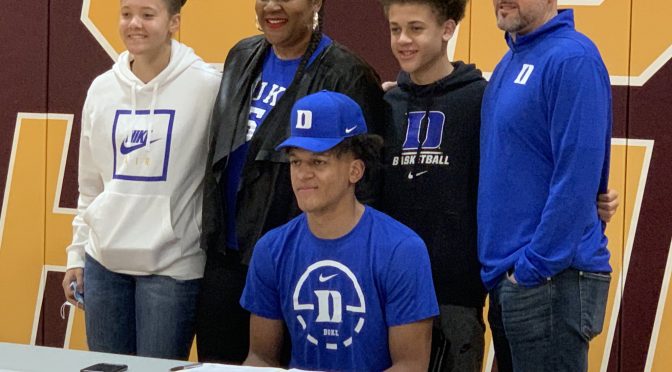 The Duke Blue Devils inked two outstanding recruits to letters of intent today when Paolo Banchero and AJ Griffin Jr made it officially know that they will ball in Durham.

Both prospects are pretty amazing where Banchero is gunning to be the top-rated player in his class while Griffin is ready to ascend as well. Both prospects have been top ten ranked players in their class since early on in their careers.

Banchero attends O'Dea High School in Seattle, Washington.  He is of Italian descent and he is a beast of a power forward.

Griffin is a White Plains, New York (Archbishop Stepinac) product who committed to Duke early on so there has not been as much hype around him of late. But Griffin is a 6-7 five-star stud who should thrive during what will likely be a brief stint in Durham.

The Blue Devils staff is still involved heavily with Trevor Keels and Patrick Baldwin and possibly others before they finish what is ecpetef to be another banner class.