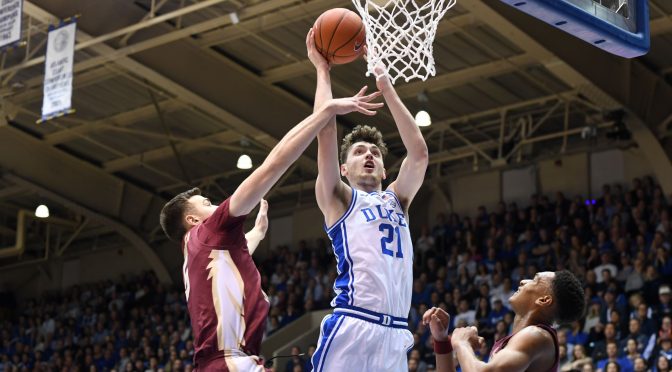 The verdict after two games into the basketball season is that Duke is young. And young teams take time to gell with one another to work in unison for wins.

We all know by now and some before now that when the ball tiped off on the season that it would take this team a bit of time to figure out what or who it wants to be. As that development is happening the early season schedule is as daunting as ever with the recent loss to a veteran Michigan State team and Illinois looming early next week.

Add to the fact, head man Mike Krzyzewski is experimenting with lineups and combinations to the fray and we are presented with a live learning curve during games.

Some games allow him to grow his roster and find out who is ready or wants to play. Tonight's match up with Bellarmine (7:00 ACCNX, FOX Sports South) is one such game.

The Duke staff has likely worked a lot with film from the last contest and they want to see which players show the ability to learn from such lessons. And the games come quick, so this team is learning many things on the fly.

Teams like Duke, which are breaking in a lot of new players needed their traditional exhibition games and most certainly their non-conference scheduled games. Duke lost their scheduled season opener with Garnder-Webb due to COVID testing issues and that single game being canceled hurt with invaluable development.

Fortunately for Duke, the game with Garnder-Webb has been rescheduled for Sunday, December 6th in Cameron. I say fortunate because Duke needs all the experience they can get before the ACC begins.

There is no word yet whether this Saturday's canceled game with Elon, again due to COVID issues will be rescheduled.

Back to tonight's game versus Bellarmine. Firstly, you cannot get back on the court quick enough as a player after a loss and this should be a game where Duke can look deeper into combinations.

Duke needs to see some things go right and they should be able to implement their will against a Bellarmine team which despite being a former Division II power is picked near the bottom of their conference via pre-season projections.

The Blue Devils hope to see some guys step up tonight or bounce back if you will. Joey Baker, DJ Steward, and Wendell Moore need to get off the skid, where none of their shots was falling against the Spartans.

Duke will likely continue to develop Matthew Hurt into a go-to guy this season while developing duel threats upfront where he teams with talented freshmen Jalen Johnson.

The one position which needs to be better is the point guard spot where Jeremy Roach has been a bit slow out of the gate while Jordan Goldwire contributes there as well. But this position needs to distribute better to get the motor running.

So, yes, this Duke team desperately needs the experience from tonight's game to experiment and prepare for the coming schedule where the ACC despite its top teams all having early losses, seems better than expected.

Duke will be playing the Knights for the first time in regular-season play. They own an exhibition win over Bellarmine where Duke played the defending Division II national champs which is a common practice to open the season under Mike Krzyzewski.