It was just the other day when WRAL ran Austin Rivers comment about not disliking UNC and that he almost picked them during a lengthy interview.  Little did he know they ran that statement alone.  The media will set you up around here and a lesson was in store.

When introduced tonight he was met with a strong chorus of boo's from the UNC and Kentucky fans that filled the stands for the Jordan-Brand All Star game.  It won't take long for young Austin to realize that UNC fans have a serious hate problem when it comes to Duke.  When he sees those F-Duke shirts, gets heckled from drive by fans, my bet is he will not be so comment friendly towards a rival and he'

The bottom line is that Austin Rivers is still learning his way around in North Carolina and he will be on campus soon enough prepping for the Blue Devils trip to China where they hope to grow the incoming freshman class.  Rivers started the night off with a bang, but then went cold and was often overlooked by his teammates.

That is not unusual in an All Star setting of course and he did end the game with 16 points, playing more minutes than anyone on the East squad which clipped the West by a 113-109 score.  Rivers also found his teammates where his 4 assists were a team high and he pulled down six rebounds.

After the game, Rivers said he had a target on his back and you'll learn more with the coming video.  Rivers will return home, rest up, eat some of Mom's home cooking and take in some Celtics games where his Dad, Glenn "Doc" Rivers is in charge.  The budding star said that he'd be talking to the coaching staff as well.

The game also featured Michael Gbinije, who is 6-6, not 6-8 as some have reported of late.  Like Rivers, BDN has avideo interview coming with him as well, so stay tuned.  Gbinije does a lot of stuff off ball and All Star games really do not fit his game.  He ended the game with 10 points, but missed a few put backs and took a couple of hard foul no calls.

Gbinije will be on the Duke campus in June and spoke with the staff just before he went to the Jordan-Brand Classic and is looking forward to feedback.  He told BDN his goal was to get stronger over the summer and that was the coaches wishes as well.

In the North Carolina Regional All Star contest which proceeded the game, Marshall Plumlee got 15 minutes of play, scoring 4 points to go with 3 boards.  As is customary, the guards took all the shots and he got garbage or nothing taking just 3 shots.  Like Gbinije, his game is not as suited for the wide open madness.

Quinn Cook did not  in the game but he is the fourth player int he incoming class with a possibility of a fifth soon.  I did sit with Steve Smith, his Oak Hill coach and he had some nice things to say about the point guard.  Stay tuned for more information on that and some behind the scenes happenings for BDN Premium members.  So bookmark Blue Devil Nation for our hands on, in person coverage of all things Duke. Until then, check out these post game clips, where Rivers checks out his many fans and Gbinije is gett

CHARLOTTE - The last of the big high school All Star games kicked off this week as the nations top prospects headed to Charlotte for the Jordan Brand All Star Classic Game.  Duke bound Austin Rivers and Michaeel Gbinije will suit up for the East team, as will UNC newbies, PJ Hairston and James McAdoo.  It may be the last time you see these four guys play togeher for their next stop is at their respective schools in or around July.

You can bet that Michael Jordan will be flying about as the event celebrates it's 10th Anniversery the game takes place in his Bobcat's Arena.  The game is loaded with talent with names like Michael Gilchrist, Quincy Miller, Anthony Davis, Marquis Teague and Bradley Beal to name a few.

There will also be a North Carolina regional All Star game which features future Blue Devil Marshall Plumlee and six other future ACC players and then their is the international game.  Did we mention the International game?  That makes three games on Saturday begginning at 3:30, capped off by a concert with J.Cole.

Tickets are still available, so get out to Charlotte and see the future of Duke and ACC Basketball in an All Star environment.  You may get tickets by going to the link ad at the top right of our site.  See you there! 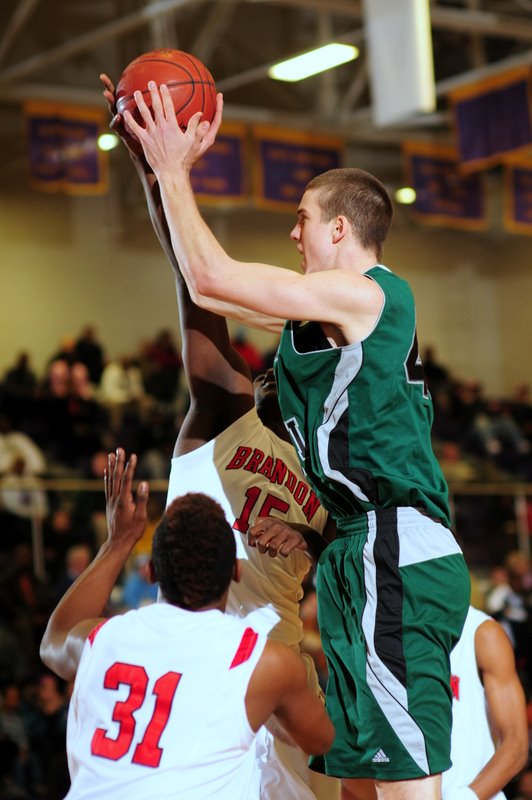 Once again, the Blue Devil Nation is on the scene covering all things Duke.  Here are video clips from just moments ago with Marshall Plumlee and Michael Gbinije before their games tip off in Cameron.  We'll bring you more post game coverage, so bookmark Blue Devil Nation for your recruiting fix.  Join BDN Premium for full site access and go behind the scenes on all things Duke.

Hey Duke Fans!  Don't forget that you can see three of the four players in next seasons class in Cameron Indoor Stadium this Friday evening.  Our pal, Jerremy Treatman wants to get the word out, so help us do that and give Marshall Plumlee, Michael Gbinije and Quinn Cook a nice warm welcome.  For more details, watch the video provided.

Go ahead and mark your calendars for February 11th for on that day you'll get a chance to see three of the four future Duke players in the Class of 2011 play in Cameron Indoor Stadium.  Scholastic Play by Play Classics has arranged for a double header in Cameron where Oak Hill Academy led by Quinn Cook will take on Christ School and Marshall Plumlee at 7:30, followed by a 9:00 game featuring Michael Gbinije and St. Benedictine versus Our Savior of New York.

Micheal Gbinije was the first of the trio to commit to Duke, followed by Marshall Plumlee and then Quinn Cook.  The three round out Duke's 2011 recruiting class which also features Austin Rivers of Winter Park High School in Florida.

Gbinije is  smooth, well rounded wing which Krzyzewski hinted could play right away in a role at Duke over the summer.  Marshall Plumlee is the starting center for Christ School which of course produced his brothers and current Duke players Mason and Miles Plumlee.  Cook is a point guard who plays storied Oak Hill Academy.

Other prospects of note include future St. John's player, junior Jevon Thomas and another junior big man in Chris Obekpa who lead a tough Our Svior of New York squad.

Tickets for the event will be $15.00 at the door and they can be pruchased in advance  by going here.  The group will also sponsor an event at the Dean Dome the following evening where locals can see future Tar Heels James McAdoo and P.J. Hairston.

Stay tuned to Blue Devil Nation for more on the event and as always, we'll be on the scene to bring you complete coverage. 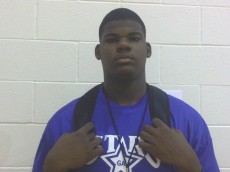 As the holiday season continues, high school basketball tournaments roll on across the nation. Tony Parker and Miller Grove High participated in the Beach Ball Classic at Myrtle Beach, SC, Rasheed Sulaimon and Strake Jesuit High were in action at the Father George National Jesuit Christmas Classic in Bethesda, MD, Mike Gbinije and Benedictine High participated in the Capital City Classic in Richmond, VA, Marshall Plumlee and Christ School were in action at the GlaxoSmithKline Holiday Invitational in Raleigh, NC, and Shabazz Muhammad and Bishop Gorman HS participated in the Les Schwab Invitational in Hillsboro, OR. [private]

At the Capital City Classic, Benedictine won the championship with an 85-65 win over Miller School. Mike Gbinije scored 18 points. In the opening round, Gbinije’s stat line was 27 points, six rebounds, eight steals and four assists as Benedictine defeated Cathedral 78-50.

Rasheed Sulaimon, the latest 2012 recruit to receive a scholarship offer form the Blue Devils, was named Most Valuable Player at the Father George National Jesuit Christmas Classic. Here is a link to a nice write up by Blue Devil Nation member Chris Heery over at DukeHoopBlog. Here is a tournament photo gallery.

Marshall Plumlee exploded offensively in the second and third games at the GSK Invitational scoring 14 points and 21 points after scoring nine points in the tournament opener.

Here are links to tournament video clips and photo galleries.

Shabazz Muhammad scored 23 points and hauled in 10 rebounds in the championship game at the Les Schwab Invitational, but Bishop Gorman fell to DeMatha 58-52. Muhammad averaged 21.3 points per game in the tournament and was named to the All-Tournament Team.

Now that the holiday tournaments are all wrapped up, high schools will be returning to their regular schedule and Blue Devil Nation will continue to keep our readers up to date on all the action with links to game recaps and box scores so be sure and check back for our continuing coverage of High School Hoops 2011. [/private]