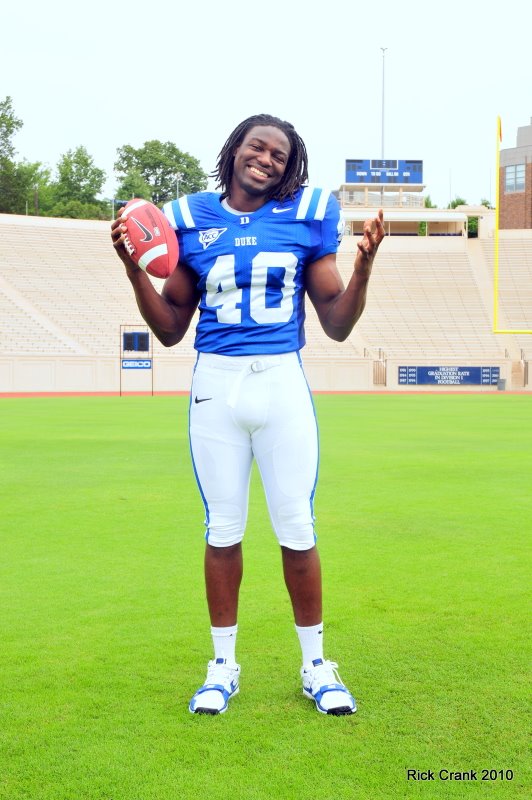 King, a 6-1, 210-pound native of Winston-Salem, N.C., punted 50 times for 2,104 yards and a 42.08 yards per kick average. Currently ranked third in the conference in punting average, King placed 17 boots inside the opponent 20 yard line against just four touchbacks. His season average is the ninth-best in school history.

Vernon, a 6-1, 195-pound native of Miami, Fla., earns second team recognition for the second straight season after posting 70 receptions for 956 yards and six touchdowns - all team bests. In 2011, Vernon matched the school single-season record for most games (9) with five or more catches while becoming the first player in ACC history to post multiple seasons with 70 or more receptions. Through three seasons, he has 198 catches for 2,675 yards and 13 touchdowns to rank second on Duke's career charts in both receptions and yardage and tied for eighth in TDs.

Helfet, a 6-4, 240-pound native of Kentfield, Calif., picked up an honorable mention citation for the second year in a row after catching 43 passes for 395 yards and four touchdowns. Among Duke tight ends, his 43 grabs are the most since 1994 while matching the seventh-highest single-season total. Helfet finished his 23-game career with 77 catches for 775 yards and six touchdowns.