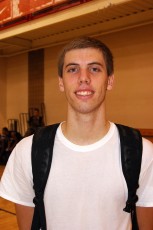 Plenty of prominent college coaches are showing early interest in budding young star Mickey Mitchell.  The 6'7"-6'8" lefty, a member of the class of 2015, plays at Prestonwood Christian Academy of Plano, TX, and if that school sounds familiar to Duke fans, it's because he's high school teammates with key Duke target Julius Randle.  Mitchell is a year older than his classmates, as the rising soph is already sixteen years old.  One potential wrinkle in his recruitiment is that Mitchell is also an outstanding football player, and is going to be highly sought after as a college quarterback as well.  But the basketball staffs at Duke, Florida, Kansas, North Carolina and Texas have shown early interest in Mitchell, w ho has been rebounding from a recent injury, and is still working back into his game.  BDN Premium caught up with Mitchell for a one-on-one chat during the Nike Peach Jam recently, and here is that conversation. [private]

More to come!  Discuss this video on the premium message board with fellow members. [/private] 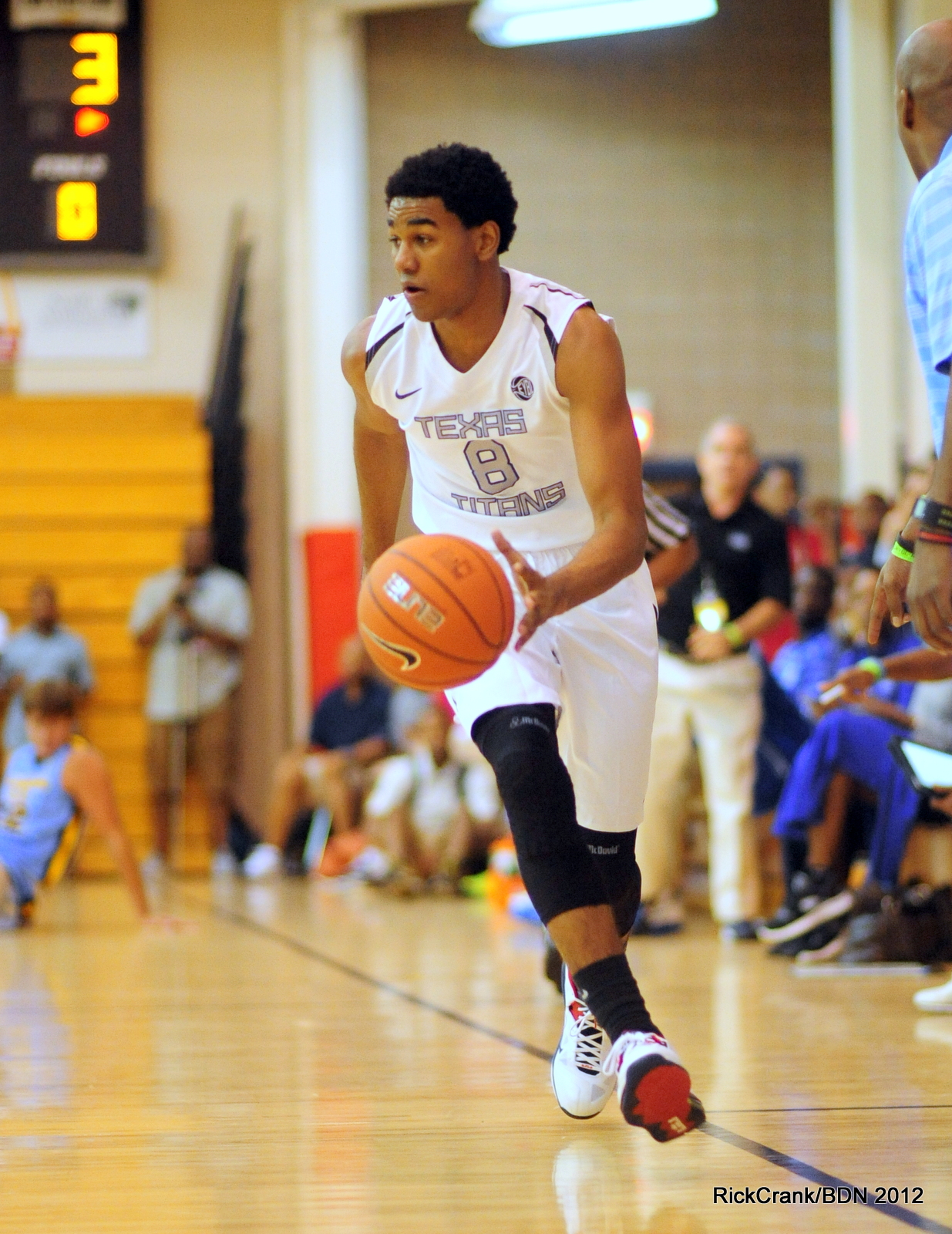 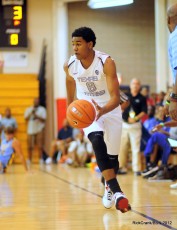 Future Blue Devil Matt Jones has helped lead Team Texas to a 2-0 record thus far at the Nike Peach Jam in North Augusta, SC.  BDN Video caught up with him after one of his games to get his thoughts on the tournament to date.

The Georgia Stars made it to the semi finals of the Nike EYBL Peach Jam before losing to YOMCA (Memphis) 78-64.  Duke prospect Tony Parker sat for much of the second half with three fouls and when he returned there was a 14 point swing and a 17 point YOMCA lead.  Parker had 8 points and 8 rebounds in 21 minutes of play and averaged 9.3 rebounds overall in the event.  Parker has long maintained a list of Duke, Memphis and Ohio State but in our closing interview with the budding prospect he added a fourth team which caught me off guard.

In fact, [private] he said that there was another team he "wanted" to come in and that he expected them to but he stopped short of naming the school.

You guys made a good run, how do you feel the week went?

I think we played well overall as a team and Shaq Goodwin had a mismatch and he took full control, killing us on the boards and in the post and we just have to have players who play both sides of the floor and that's the bottom line.

Your team had some injuries, like Alex Poythress and another starter out, so I guess that had a dire effect?

At this point if you have an injury you have to get past it.  This is the Final Four so you have got to play through it.  Every player out here has some sort of kink.  We just didn't play both sides of the floor and injuries?  That didn't have anything to do with it at all.

Memphis doubled down on you a lot, sometime throwing Goodwin at you and sometime Stokes ...

Yeah.  They are both great players and good guys.  They play both sides of the floor, play strong and tough.

Where will the Stars go from here?

It sounds like you are waiting for a certain school to come in.  Is that true?

So you are expecting certain schools to come in?

Have they have actually sent some feelers out?

Can you discuss that at all?

So, somebody has shot you some feelers saying they would come in and you are definitely interested in them?

I suppose they will call you some time this week?

And you will then add teams to your list?

Yes.  I will add a couple of teams.

It sounds like the team coming in could shift the position of the other schools recruiting you.

No sir, not at all,  They are all great schools and all have great programs.

UCLA?  Is that the one you were talking about?

Yes, they are new.

They off (stopped short, so not sure what to make of it) ... I haven't heard from North Carolina in a while.

As far as a decision goes, is there an actual time frame?

I don't know.  I'll probably sitdown with my parents soon and figure that out.

Thanks for your time Tony!

Last word - I wouldn't fret too much about UCLA being added to the list or worry with other comments.  While the recruitment has become frustrating for the fan base, Duke is still in solid shape to land him.  Still, we'd all like to see Tony realize the opportunity at hand with Duke and go ahead and pull the trigger.  Looks like this one will go into his high school season at the current pace.[/private]

Prospect Alex Poythress was putting up nice numbers at the Nike EYBL Peach Jam but he twisted an ankle early in his last game, a Georgia Stars win.  The Stars reached the quarterfinals which start tonight and it is unknown whether Poythress will play or not.  Here is an interview with [private] Poythress - 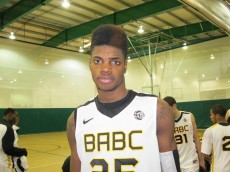