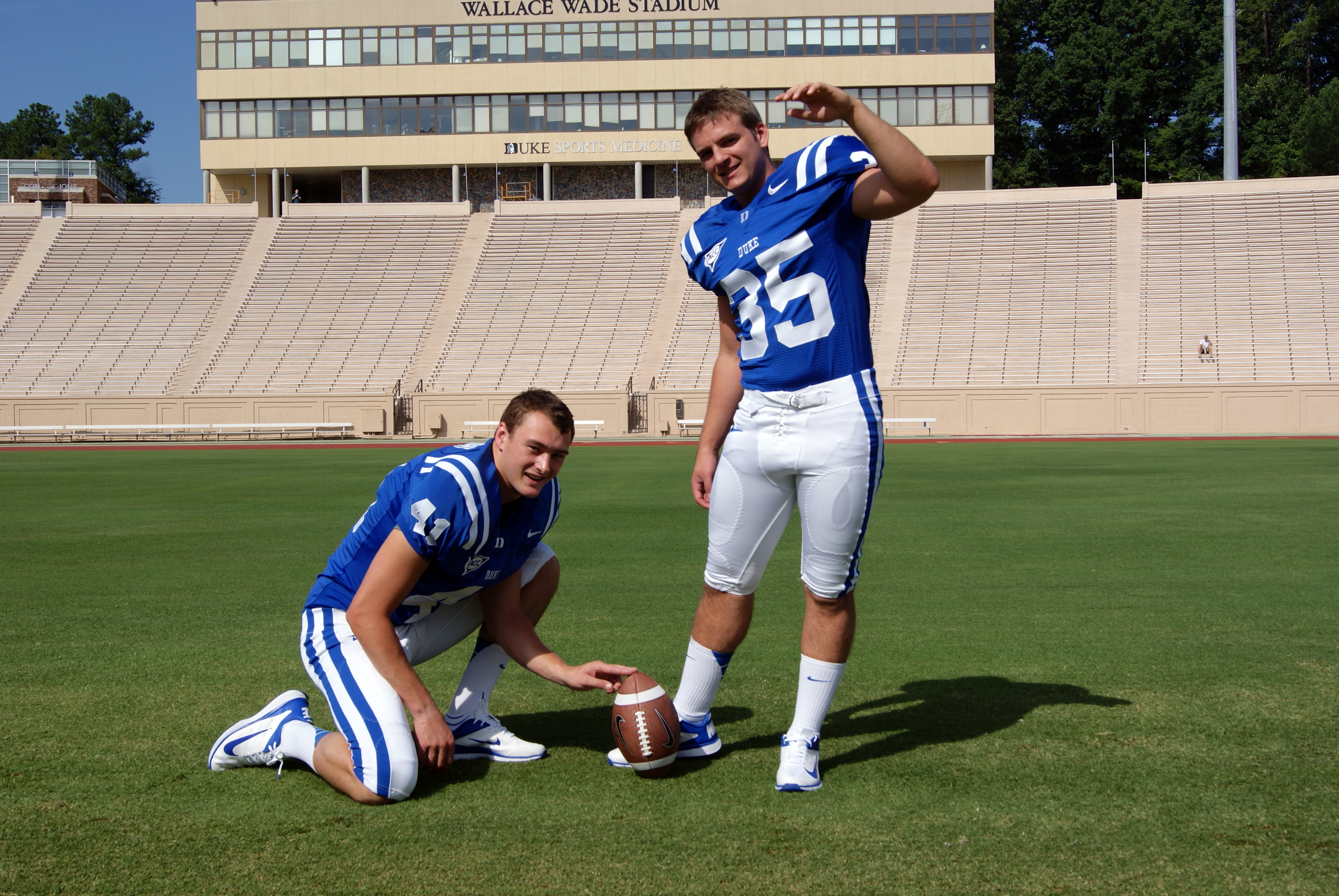 DURHAM, N.C. – Duke freshman Ross Martin has been named one of 20 semifinalists for the 2012 Lou Groza Collegiate Place-Kicker Award presented by the Orange Bowl Committee, announced on Monday by the Palm Beach County Sports Commission.

A native of Solon, Ohio, Martin has totaled 83 points through 10 games this season, making 16-of-18 field goal attempts and all 35 of his PATs. In the ACC, he ranks seventh overall in scoring (8.3 points per game), third in field goals per game (1.60) and second in field goal percentage (.889).

Semifinalists will be voted on by FBS head coaches and SIDs, along with national and regional football writers, and past Groza winners to select the three finalists. These finalists will be announced on November 19th and honored at the 21st annual Lou Groza Collegiate Place-Kicker Awards Banquet on December 4 in West Palm Beach, Fla. The winner will be announced live on the Home Depot ESPN College Football Awards Show on Thursday, December 6.

The award is named in honor of one of the all-time great kickers in football history, Lou Groza. Groza played 21 seasons for the Cleveland Browns setting numerous franchise records, including most games played, most points scored, and an amazing 107 consecutive games in which he scored a point. Groza was inducted into the Pro Football Hall of Fame in 1974.