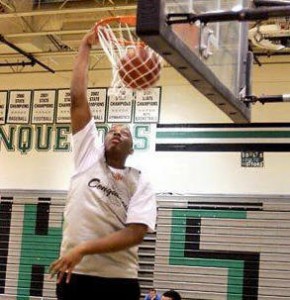 Josh Smith had a big week on the hardwood out West as he led Kentwood to three victories scoring 19, 33, and 25 points in the games.  Smith continues to be the leading scorer in the South Puget Sound League 4A Conference at 24.9 points-per-game.

Tyler Thornton scored 10 points as Gonzaga defeated Bishop McNamara 67 - 41.  He followed that performance up with 11 points on Friday night in a 67 - 40 victory over Bishop Ireton.