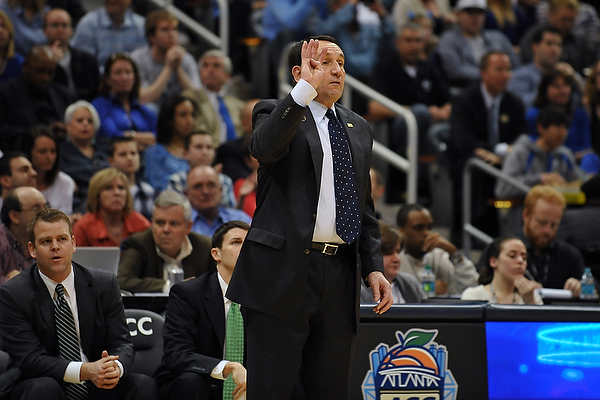 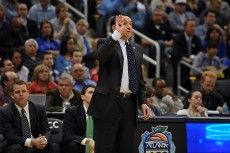 The Duke Men's Basketball team headed back to Durham yesterday morning where they turned their attention to the announcement of the 2012 NCAA Tournament pairings.  As expected, Duke landed in Greensboro where they'll take on Lehigh around 7:10 on Friday and should they advance, they take on the winner of the Notre Dame vs Xavier game.  The Blue Devils have been one of the top eight seeds in 14 of the last 16 NCAA Tournaments.

Taking a quick look back at the ACC Tournament

I can assure you the team is already focused on Lehigh but let's take a quick look back at what happened in the tournament.  First off, it was clear that the Duke offense missed Ryan Kelly and that they were adjusting to his absence.  The Blue Devils managed just 59.5 ppg while shooting 37% in the two games.  The Blue Devils got 17 ppg from Austin Rivers and 12.5 from Seth Curry but the rest of the team struggled to score.  Of course, that was partly due to playing some really hungry teams and the Duke defense played as well as it had all season, thus the close games.  The loss to Florida State certainly hurt, but the Seminoles then beat North Carolina proving that they were the best team in Atlanta.  Had Duke got another stop or had a made bucket here or there, they would have been in the final game.  The Blue Devils have dominated the tournament in recent years winning 10 out of the last 14 and the experienced Seminoles won their first tournament ever.   The Blue Devils played with effort but a few mental lapses proved their undoing but in the end, there is no shame in losing to a red hot FSU team that earned a 3rd seed in the NCAA Tournament with their play. The one thing which Duke will need to control going forward are their turnovers if they want to advance.  The Blue Devils had but 8 against Virginia Tech but that number doubled against Florida State with a total of 16.

Duke was selected as the #2 seed in the South Region which means they will head to Greensboro and if they survive two games, they will head right back to Atlanta.  One might call me biased, but the Blue Devils got one heck of a Road to the Final Four.  The South Region features the #1 overall seed in Kentucky who will play on familiar turf.  Then there are three of the last four teams from last seasons Final Four in the field not to mention the last two national champions.  Duke faces a pesky Lehigh team in their opener and could run into Mike Brey and Notre Dame in the next game should they advance or an Xavier team that started the season ranked 14th in the A.P. poll.  And then there is an ultra long and athletic Baylor team should they advance to Atlanta.  It is clearly one of the two toughest regions and as I said, I think it's the toughest of them all.

Duke is battled tested due to playing one of the toughest schedules in the land.  With wins over Kansas, Michigan State, Michigan, North Carolina, Florida State they can play with anybody, so don't think this team cannot make a run.  This team now has some tough skin and they know what it is like to play in close games, be they high scoring or defensive stand offs.  When the games get tight in the tournament and they will, Duke has been there before and that will certainly help.

Rankings mean little right now, but unlike the A.P., the coaches poll comes out again after the conference tournaments and Duke is ranked 8th in the final poll.  Duke started the season as the 6th rated team in the country.

Dawkins is in a shooting slump as teams have learned to play him for the three point shot and the Blue Devils could sure use one of his explosive 20 point efforts in the NCAA Tournament.  Not a single point from Dawkins in the ACC Tournament is a red flag indeed and Dawkins is vital to the Blue Devils long term efforts.  Sometimes a player just needs to do all the other things on the court, such as crashing the boards, a pass for an assist or a defensive play and let his offense come at it's on pace.  If Dawkins plays well off ball or without touches, his offense will come back.

Rivers has scored in double figures in 29 games this season and he's been the Blue Devils most consistent scorer but his defense impressed me this weekend as did his hustle.  If there was a loose ball on the floor, Rivers was there and his overall game is catching up to his offense.  Rivers probably should have just pulled up for his missed three pointer against Florida State and that only proves that the freshman still has a few lessons to learn but perhaps the lessons to date will prove vital in the NCAA Tournament.

Day to day for Kelly

Ryan Kelly has made progress with his foot injury but it's be slow going for the Duke junior in an attempt to fend of reinjury.  Kelly is the 3rd leading scorer for Duke and his points were missed in Atlanta as was his ability to stretch a defense with this outside stroke.  Here is to a quick recovery for a key player in the Duke rotation.

Duke is 12-0 when playing NCAA Tournament games in Greensboro, N.C. Duke won the 2001 NCAA Championship after playing its first two games in Greensboro.  Duke has beaten a No. 1 seed eight times, the most No. 1 upsets in NCAA history. From 1991-93, the Blue Devils won 13 consecutive NCAA Tournament games which ranks as the second longest streak in NCAA history behind only John Wooden's 38-game run at UCLA from 1964-74.  As the No. 2 seed in the tournament, Duke owns a 23-7 record. Duke won the 1991 NCAA Championship as the No. 2 seed.  Duke head coach Mike Krzyzewski is 79-23 (.775) in the NCAA Tournament and is college basketball's all-time leader in NCAA Tournament wins. North Carolina's Roy Williams is the next closest active coach with 58 NCAA wins.  Duke is 96-31 (756) all-time in the NCAA Tournament, ranked as the highest NCAA Tournament winning percentage of any program. Duke's 96 wins are the third most behind Kentucky (105) and North Carolina (105) per Duke Sports Information.

A look at Lehigh

And tickets remain for Greensboro at Ticketmaster for face value, so hustle up and support the Blue Devils!