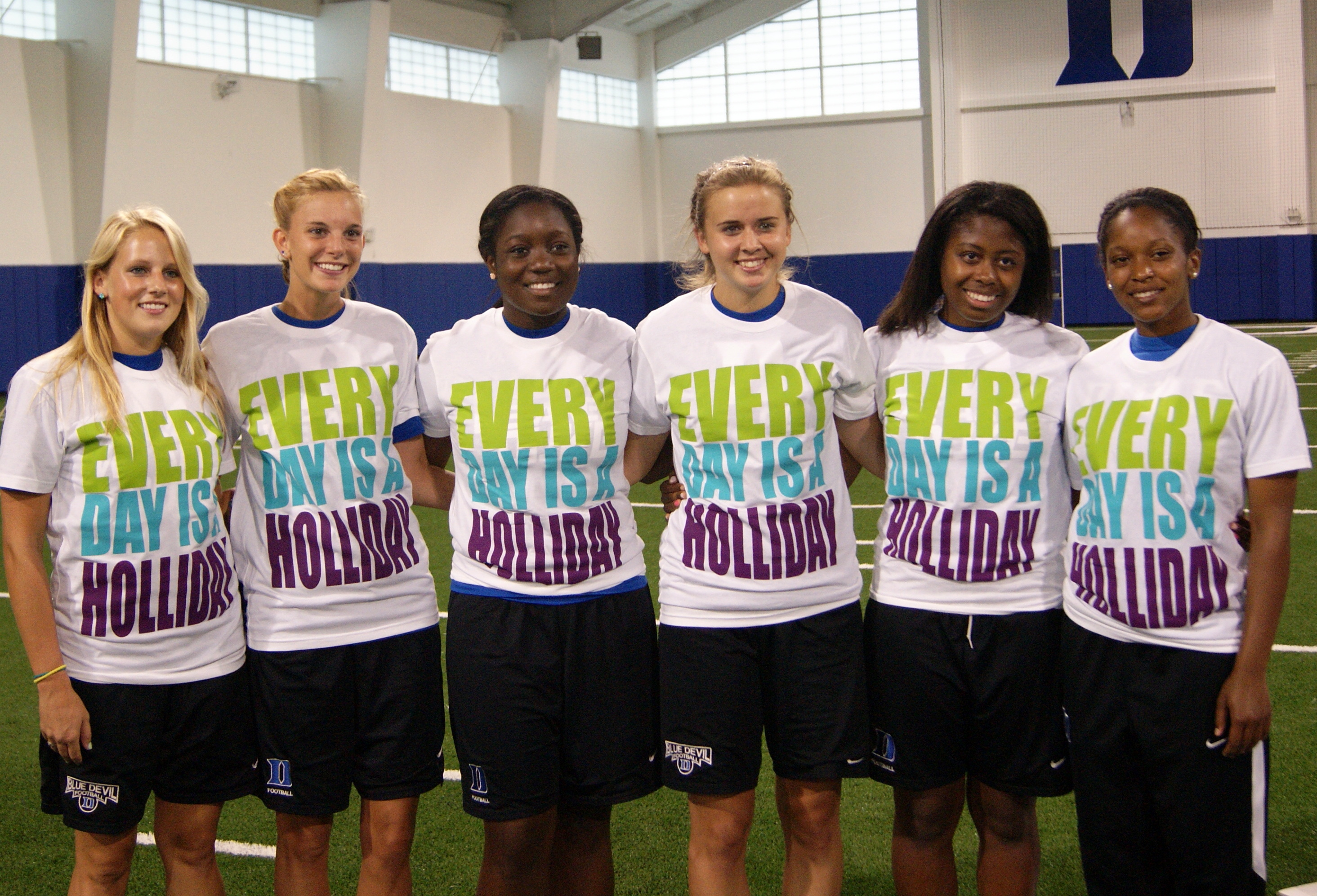 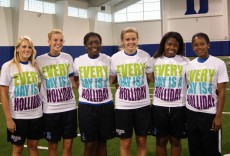 It's time to kickoff the 2012 Duke Football season this week, and Monday Musings hopes to see you in the stands at Wallace Wade on Saturday.

The Duke Blue Devils will kickoff the 2012 football season this Saturday when they take on a very solid Florida International Panthers team in Wallace Wade Stadium. While the team has improved in many areas under Coach David Cutcliffe, injuries leading up to the game have been unsettling. As of today, the Blue Devils will be without several key projected starters, including receiver Blair Holliday, linebacker Kelby Brown, tight end Braxton Deaver, safety Jordan Byas and defensive lineman Jamal Bruce. They may also be without linebacker David Helton, who is listed as day-to-day. What this all adds up to for Duke is a serious lack of depth on the defensive side of the ball.  This could really matter in this game as the Devils go up against a team that will push the tempo under new offensive coordinator Tim Cramsey.  Cramsey's "pedal to the metal" approach will force Duke to go to many unseasoned backups as the game progresses and the front line guys start to wear down.

While the defense will have its hands full preventing big plays, an area that Duke clearly needs to improve upon over last season's performance, the offense faces a stiff challenge as well. The Panthers' defensive front is solid and very deep, so all eyes will be on an improved Duke offensive front, and whether it can give senior quarterback Sean Renfree enough time to work with a bevy of new and unproven wideouts.  Duke did move senior Desmond Scott from running back to wide receiver, and he is capable of making big plays once he gets the ball in his hands.  But until a strong second receiving option steps up, you can bet  that All-ACC wideout Conner Vernon will see nothing but double teams, and it will be tough to get him the ball.

The Scott move may seem odd, as he is the last Duke player to rush for 100 yards in a game.  But this could be indicative of Duke's depth and talent at the running back position, where the Blue Devils have two veterans in Juwon Thompson and Josh Snead and two talented newcomers in Jela Duncan and Sheldon Bell.

So when the ball kicks off around 7:00 this Saturday night to open the season, watch the battle in the trenches where the game could be won.  Click here for more on FIU depth on their Defensive Front.

Interviews with Duke Prospects on the way

We'll start to roll out interviews from the Under Armor Elite 24 this afternoon, starting with Duke Basketball recruiting prospect Austin Nichols followed by 2014 stud PG Tyus Jones.  There are lots of happenings with hoops recruiting, so join BDN Premium for full site access and don't miss any of it.

Let's face it, we all want to see the Duke football team bowl eligible and ESPN's Heather Dinich has the Blue Devils playing in the Military Bowl.  The Blue Devils face a very tough schedule this season, so that is some serious optimism for Coach Cut and company.  So are any of you  starting to realize how much pressure there is for Duke to win its opener?

It's Duke Employee Day at Duke for the home opener against Florida International and the Blue Devils will need solid fan support to defeat a team coming off two straight bowl seasons.  Let's have a great turnout where the home crowd helps lift the team to victory.  It has all the makings of being a very tense and competitive game, so don't miss it.