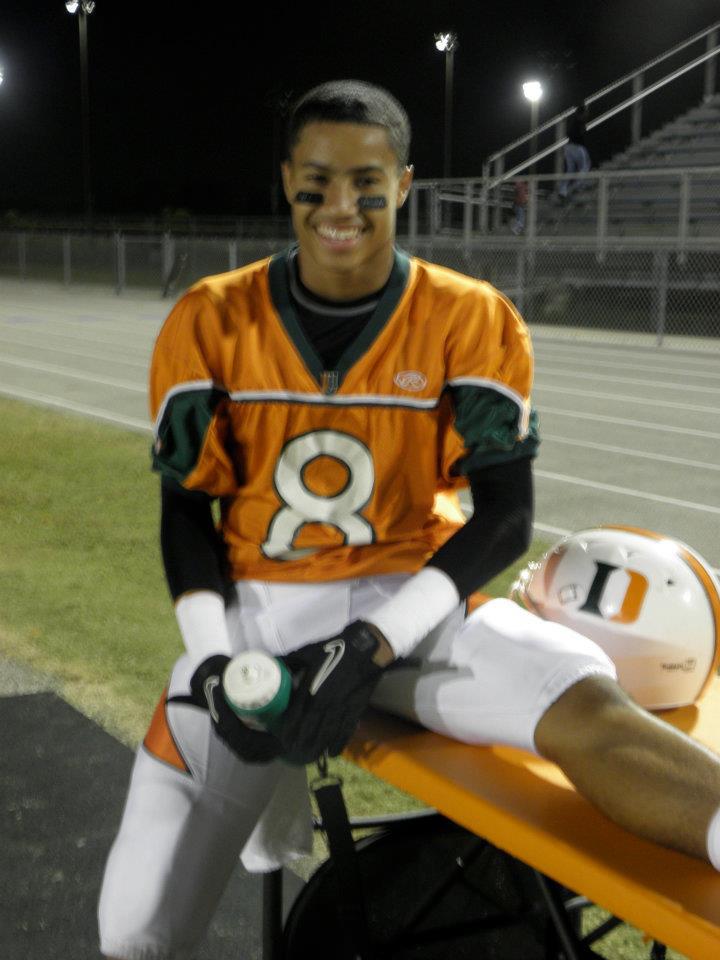 Blue Devil Nation welcomes back its loyal readers to another edition of Friday Night Lights. With the last Friday night of September in the books, gridiron action has kicked into high gear across the United States. This week, in addition to checking in on many of Duke's 2013 verbal commits, BDN expands its coverage to include reports on several prospects in the high school class of 2014.

Starting with the 2013 commits:

Over in Charlotte, NC, Statesville routed Carson 56-13 as the Greyhounds improved to 6-1 on the season.  Cornerback Breon Borders commented afterwards, "It went okay! We crushed them by 40. I always can play better though. Overall, it was an easy win."  Borders was credited with six solo tackles in the win.

Staying in Ft. Myers, FL, Johnell Barnes caught a 5 yard touchdown pass in the 1st quarter as Dunbar defeated LaBelle 39-6. After the game, Barnes commented, "It went well. I had seven catches for about 100 yards and two touchdowns." Dunbar improves to 4-2 for the season.

Parker Boehme and Jacksonville (FL) Sandalwood defeated Parker 7-6. Boehme passed for 128 yards including a 36 yard touchdown, while rushing 14 times for 70 yards in the victory. Sandalwood's record is now 3-2.

In Texas, Mansfield faced crosstown rival Timberview and ended up on the short end of a 36-20 score. Offensive lineman Austin Davis commented, "It was a tough game. I did really good and shoved my guy around."

Jake Kite and Hidden Valley High School of Roanoke, VA ran to a 35-12 victory over Bassett to run their record to 2-3.

Going into this week's game, Kite's statistics included 12 receptions for 198 yards and four touchdowns, but Hidden Valley only attempted two passes in this game. On defense, coming into the Bassett game, Kite had recorded 36.5 tackles, including 28 solo takedowns.

Also in Virginia, Evrett Edwards and Woodbridge defeated Osbourne 27-7 to improve to 4-1.

Out in California, Joseph Ajeigbe and Norco fell to nationally ranked Mission Hills Alemany 27-13. Ageigbe rushed for 174 yards and two touchdowns. Norco is 3-2 on the season.

On to this week's expanded coverage and the Class of 2014:

Last week QB Kendall Hinton led Southern Durham to a 36-7 victory over Person. In this video clip, you can see Hinton, number 2 in red, throw a nice tight spiral for a touchdown.

Josh Cabrera caught an 84 yard touchdown pass and returned a punt 53 yards to set up another score as Northside (Jacksonville, NC) crushed Croatan 41-13.