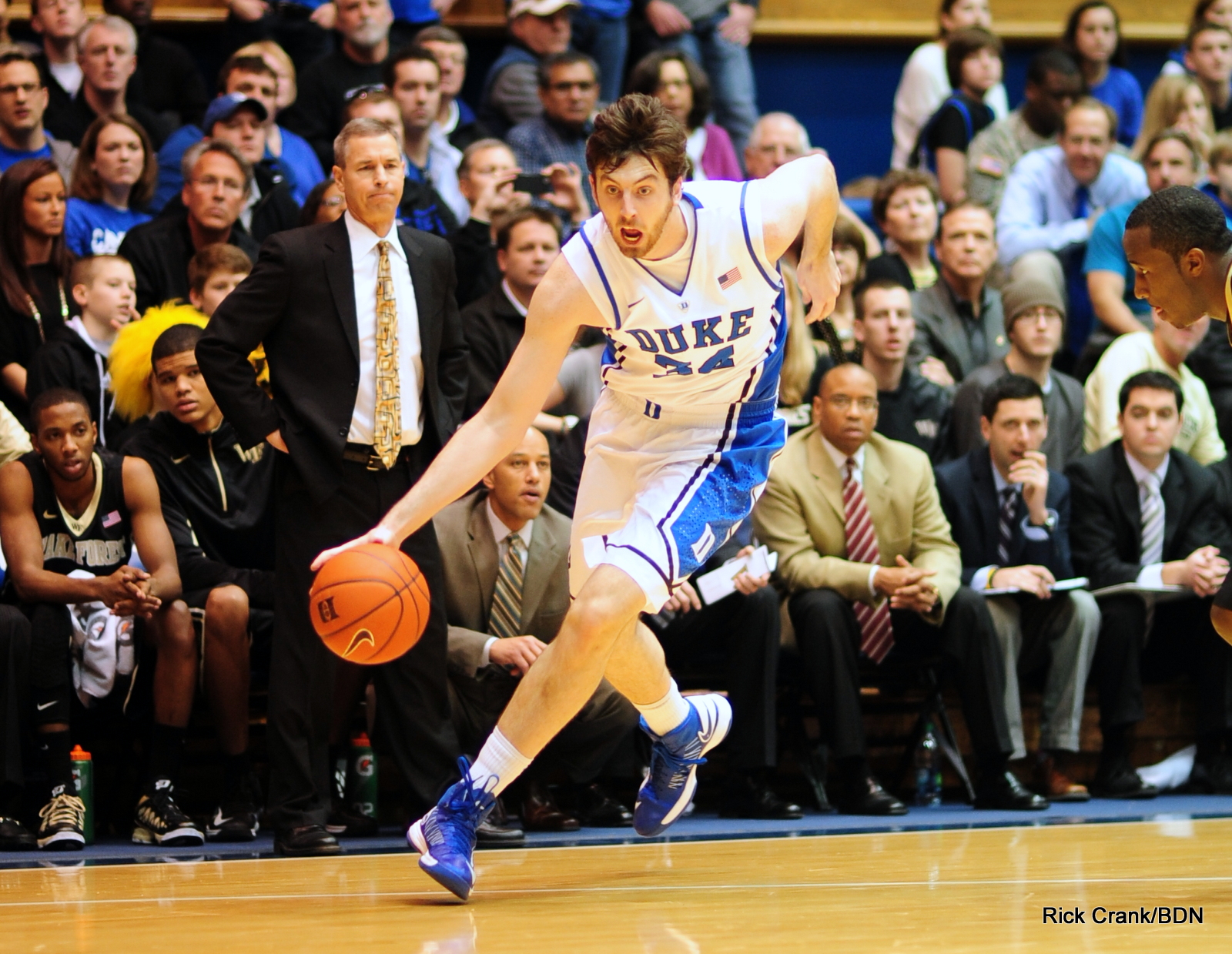 DURHAM, N.C. – Senior forward Ryan Kelly is sidelined indefinitely with a right foot injury head coach Mike Krzyzewski announced Wednesday. Kelly suffered the injury late in the first half of Duke’s 68-40 win over Clemson Tuesday, and no timetable has been set for his return this season.

“We feel very badly for Ryan,” said Krzyzewski. “He is playing the best basketball of his career and this is a tough setback for him. We’re hoping for a good recovery and we are optimistic about his return.”

Kelly ranks among the winningest players in Duke basketball history, leading the Blue Devils to a 105-13 (.890) record in his 118 games to rank third all-time at Duke in career winning percentage. Duke has amassed a 39-1 record when Kelly scores in double figures during his career and a 9-0 mark when he leads the team in scoring. In his career, Kelly has scored 854 points, grabbed 424 rebounds and hit 92 three-pointers. He is just eight treys shy of becoming the second Duke player at 6-foot-11 or taller to hit 100 career three-pointers (joining Danny Ferry).

Duke, ranked No. 1 in the AP and Coaches Polls, returns to action on Saturday, Jan. 12 with an ACC road contest against No. 20 N.C. State. Game time is set for 12 p.m. with ESPN televising the matchup between top 25 opponents.