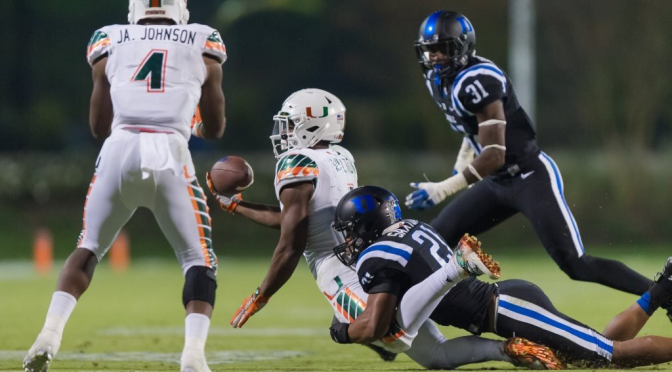 GREENSBORO, N.C. – The Atlantic Coast Conference has announced the suspension of the on-field officiating crew as well as the replay official and communicator following the Miami at Duke game on Saturday, October 31.

The announcement follows the league’s weekly review of game footage, as well as reports and interviews with officials and administrators.

The series of errors during the final play of the game will result in the suspension of the entire crew for two ACC games.

The errors that occurred during the last play of the game are:

“The quality of our officiating program is of the highest importance to the league and its schools, and the last play of the game was not handled appropriately,” said ACC Commissioner John Swofford. “Officiating is an extraordinarily difficult job but our players, coaches, programs and fans deserve the best that can be offered. We will continue to strive to meet that standard.”