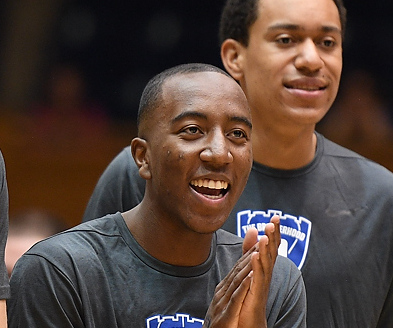 There is a new kid on the block or should I say the roster for Duke Basketball.  Mike Buckmire joined the team.  He is a 6-foot-2 guard from Blue Bell, Pa., who will join junior Brennan Besser as the only walk-ons on the 2017-18 team roster.

The addition of Buckmire helps especially in practice where the Blue Devils were a little depth shy at the guard position,  Buckmire averaged 22.1 points per game and scored 1,144 career points during his senior season at Germantown Friends School in Philadelphia.

There is a Duke connection at play in that his father Michael Buckmire played for the Blue Devils' 1986 national champion men's soccer team.