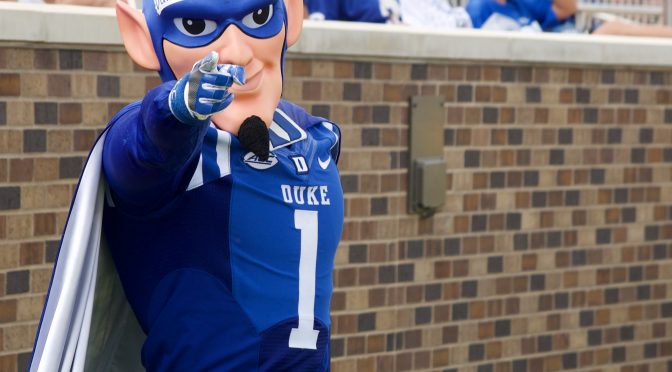 The Duke Blue Devils got back to their winning ways downing North Carolina A & T a week ago. David Cutcliffe called the dogs off in the fourth quarter after a mostly forgettable first quarter where the Duke defense could not get off the field.

This week Duke faces another program that deals with getting kids in under high academic standards and one which is also somewhat rebuilding. Something must give for this game is very important to both squads in dire need of a positive direction.

This is not an especially intimidating Northwestern squad. They opened with a thud losing to Michigan State at home but recovered a week ago and has an identical 1-1 record as the Blue Devils.

The Blue Devils have not looked especially consistent either. They struggled running the ball versus a team that supposedly had less talent but came out with the win as their depth showed up late in their win over the Aggies.

I will save you the great details on what to expect from each team and simply say that while this is a winnable game for Duke; I still think they're the clear underdog.

The reason for that assessment is the play of the defense or lack thereof. You cannot find consistent playmakers or leaders on this side of the ball after two contests. They do not pressure the quarterback and sack him nor do they create turnovers. The only way Duke wins is if they improve quickly with both issues.

While the kicking game has been a strength there are just too many question marks for the Blue Devils for me to pick them to win. And it is not like Northwestern does not have a ton of their on for they do. Still, I just think the Wildcats will find a way to be more physical and take the victory.