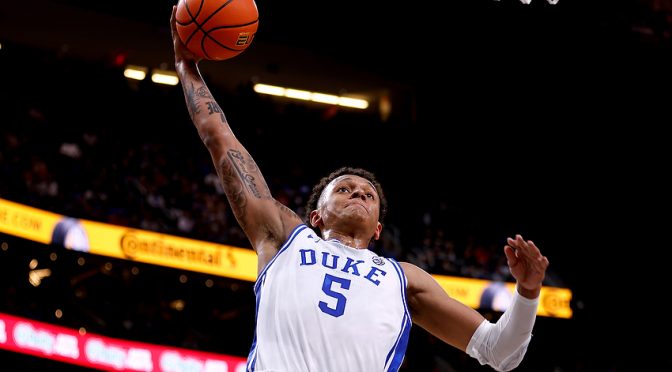 It has been an epic start to the season for the 2021-22 Duke Blue Devils who are now ranked number one in the country after a win over Gonzaga. The Blue Devils face a different animal against the Ohio State Buckeyes who were in all the pre-season polls only to fall out after a close loss to #14 Florida.

The Buckeyes currently stands at 4-2 with a win over #25 Xavier and they are a very old team. In fact, the kids on their roster have years of experience over the Blue Devils.

Another key factor in this game is the Buckeye's finally return to their homecourt with their backs against the wall after two early-season losses to ranked teams. In short, Duke will get their best shot in front of a raucous crowd.

On the other side of the ball, Duke must regroup and forget what has happened to date including putting the huge win over Gonzaga far behind them. Duke now is the hunted being atop the polls again and if you think they have gotten team's best shot to date, that will simply continue at a higher pace as their opponents want to show well.

The Buckeyes have not been especially good at putting up points early on. They are led by E.J. Lidell, a player you may remember us discussing in the past for Duke kicked the wheels a bit during his recruitment.

Lidell has been their go-to guy times two. They quite simply run the offense through him. It makes sense to me that Duke should go at him offensively when possible to get him into foul trouble. With the three-headed paint duo of Mark Williams, Paolo Banchero and Theo John this can happen.

The Buckeyes will be really physical and they have some players suited for this. This means they will try their best to make this a half-court game pushing this game into grinder status. If they can muck this game up a bit and not allow Duke easy buckets it could serve them well.

Another key for Duke will be to get their guards rolling on offense again. While Trevor Keels and Jeremy Roach played great court games in the last outing, they will need them to score the ball better in this one.

Duke will see this as yet again another business trip, but the staff needs to make the team aware that the Buckeyes will try to knock them back in a very hostile environment. There is a reason Duke is just a 3 point favorite in Vegas in this game. Some think Duke will get a heck of a shot including feeling they will be sluggish after their recent travels and success.

But if Duke can be themselves and not allow the Buckeyes to dictate the early tempo, I see a slugfest win. After all, they will spend two weeks with school work and family during a break, so they can go all-in on this matchup.