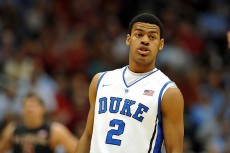 Duke Basketball always remains in the limelight, as do its players, whether they are attending Nike Skills Academies or balling at the N.C. Pro-Am.  BDN caught up to Quinn Cook, who is excited to be participating in the event and looking to show off an improved game.  He took time to interview with BDN moments before tipoff of the first evening of play, and then went for 19 points. 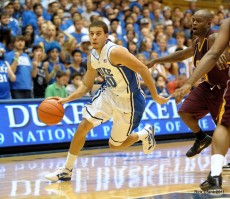 DURHAM, N.C. - Duke Basketball Coach Mike Krzyzewski entered a sweltering and packed media room in Cameron Indoor Stadium and he wanted no part of fielding questions about the Blue Devils perceived or real short comings or areas of needed improvement.  And who can blame him?  His team just pulled off an amazing comeback victory over a game N.C. State Wolfpack team that led his Blue Devils by 20 points with 11:33 on the clock in the second half.

While he may have liked the outcome, he was quick to say as did other Blue Devils that they cannot keep digging holes and expect to comeback.  In a span of eight days, Austin hit two of the biggest shots of  the season with one being  a dagger to the heart buzzer beater over arch rival North Carolina.

To give you an idea of the ferocity of the comeback, it was the largest in the Krzyzewski era, down 14 in the half.   "That was an amazing win," said the Hall of Fame coach who broke the all time NCAA win mark this season.  He continued, "I thought our fans were terrific, they never let us die."

And Cameron did rock and it sounded like jet aircraft taking off the runway when Rivers nailed the three to put Duke ahead for good.  There were times when every fan in the old girl were standing and it has been while since the collective did that.

And those 11 minutes were amazing (37-13 run to end the game) for a Duke team that has set the tone for ACC drama of late.  A quick look at the message boards, showed a lot of fans giving up, just as they had in the North Carolina game, only to all come back and dine on a crow sandwich as they celebrated another incredible and impossible to script win.

"Heroic," was the word Krzyzewski used for Seth Curry in the post game and man was he on the mark.  The junior went to the sidelines with what seemed like a game ending injury and he was escorted to the training room by Duke trainer Jose Fonsesca.    Curry told Fonseca that he didn't know if he could make a go of it according to Krzyzewski, but he was told he had to and he did and in the process had a story book 2nd half.

Curry dropped 21 of his team high 26 points in the second half in what I feel was his best game of the season.  He drew praise from his coach for his strong play with the ball in his hands and he was a match up nightmare for the befuddled Wolfpack team.  "That was a heroic performance by Seth," said Krzyzewski.  Duke will scheduled to take a look at his injury today to see if he is a go for Boston College this Sunday.

Now back to Krzyzewski and that hot media room.  A mildly flustered Krzyzewski when questioned by media said, "No, no, no,"when questioned about his concerns.  "You know what I am concerned with today? A celebration of a great win.  Whatever string of things happened, we are 22-4 and ranked in the top five of the RPI all season long. We're not a perfect team, but we're a good team," stated the long time Duke head coach.

And he is right.  Far too often the media and especially the fan base expect perfection yet overlook the fact of the seasons accomplishments to date.  The bottom line is Duke won and they are winning and they are competing with anyone.  Go back and harp on a loss at Ohio State if you like, but this is a better team now and a resilient one at that.

And keep in mind how tired Duke was after starting the season off in China and Dubai, then to Hawaii, New York and then Columbus where they faced a team that had nine days rest and had not played away from home with the Buckeyes.  Just sayin'

While there is no take charge leader on this years team, there is a perpetual will to get better and win and the Blue Devils continue to find ways of hanging around in the top five ranked teams in the country.  This Blue Devils team is finding ways to win in tough situations and that is the mark of a winner.

Pundits, critics and haters will continue to speak of the short comings of Duke while not recognizing their amazing success and a string of two memorable victories.  The media is just like that, some say doing there job, but the fan base should know better and if you haven't noticed yet, this team is pretty darn good and still learning.

Sit back and enjoy the season as it winds down and leave the nit picking to others.  This team has been amazing and it is time to give the Devils their due. 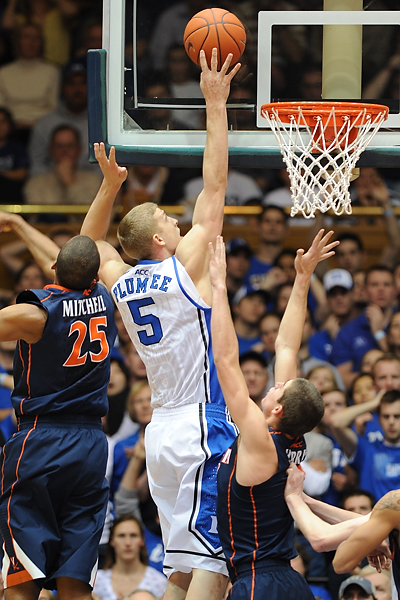 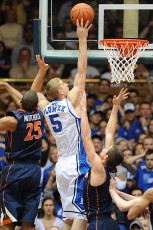