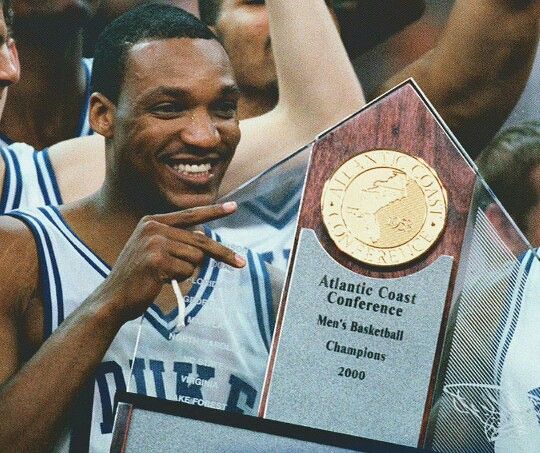 DURHAM – Duke head coach Mike Krzyzewski has announced the promotion of Chris Carrawell to associate head coach. Carrawell, who played for the Blue Devils from 1996 to 2000, has served as an assistant coach on the staff since 2018.

“This is incredible,” said Carrawell. “For Coach to have that trust in me, especially in his last year, is an honor and privilege. It is the equivalent of being named a captain my senior year because Coach doesn’t just hand these things out -- I’ve had to earn it and work for it. I’m grateful for the opportunity and look forward to being alongside this great coaching staff again this season.”

Carrawell rejoined the Blue Devils after a four-year stint as an assistant coach at Marquette University under his Duke teammate Steve Wojciechowski. The 2000 ACC Player of the Year and a first-team All-America selection, Carrawell was also a senior captain.

“We are thrilled to promote Chris to associate head coach,” said Krzyzewski. “He has absolutely deserved this opportunity since coming back to Duke on our coaching staff in 2018. Chris' passion and love for the game, and for the betterment of our players and program, is clearly evident every day. As good of a player as he was for us, Chris is an even better teacher of the game and mentor to the young men in our program. He is well on his way to becoming a head coach very soon and we're so lucky to have him.”

In his first three seasons on the staff, Duke has posted a 70-23 record, reaching the Elite Eight and claiming the program’s 21st ACC Tournament title in 2019. Among the nation’s highest scoring teams in 2018-19, the Blue Devils were led by consensus first-team All-Americans Zion Williamson and RJ Barrett, who among their many accomplishments, became the first freshman teammates in NCAA history to each average 20+ points for a season. The following season in 2019-20, Carrawell aided in the development of Tre Jones, who was named both ACC Player of the Year and ACC Defensive Player of the Year.

As a player at Duke, Carrawell was a two-time All-ACC selection. He is tied for 32nd on the all-time scoring list at Duke with 1,455 career points and also ranks 15th in school history with 0.8 blocks per game and tied for eighth with 116 overall wins. Duke dominated the ACC during Carrawell’s career, as his 66 conference victories are the second-most by a Blue Devil.

With Carrawell on the squad, Duke won a pair of ACC Tournament titles and reached the 1999 Final Four by tying a school record for wins (37-2 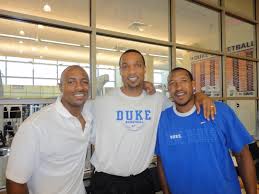 To complete his restructured staff, Coach K has also announced that Nolan Smith has been promoted to Director of Basketball Operations, while David Bradley has been named Creative Director for the program.

Carrawell returns to Durham after a four-year stint as an assistant coach at Marquette University under his Duke teammate Steve Wojciechowski. The 2000 ACC Player of the Year and a first team All-America selection, Carrawell played for the Blue Devils from 1996 to 2000. He was a senior captain.

“We are ecstatic, and honored, to have Chris return to Duke Basketball,” said Krzyzewski. “Chris is an excellent coach who understands what it takes to compete and win at the highest level. He will be an outstanding role model for our current and future players. We are excited that Chris has chosen to become a part of our coaching staff.”

As a player at Duke, Carrawell was a two-time All-ACC selection. He is tied for 32nd on the all-time scoring list at Duke with 1,455 career points and also ranks 15th in school history with 0.8 blocks per game and tied for eighth with 116 overall wins. Duke dominated the ACC during Carrawell’s career, as his 66 conference victories are the second-most by a Blue Devil.

“What an amazing opportunity,” said Carrawell. “I never imagined I’d have another chance to work for Coach K, who is the best coach of all-time and like a father figure to me. I am thrilled to be a part of this world-class university and basketball program again, and look forward to working with our staff, the administration, and most importantly, the student-athletes who we have the opportunity to coach, lead and mentor every day. I cannot wait to get back to Durham and get to work.”

With Carrawell on the squad, Duke won a pair of ACC Tournament titles and reached the 1999 Final Four by tying a school record for wins (37-2).

The native of St. Louis, Mo., Carrawell arrived at Marquette after serving three years as an assistant coach with the Springfield Armor, an affiliate of the Brooklyn Nets, of the NBA Development League. He worked under Bob MacKinnon the first two seasons before Doug Overton took over the squad in 2013-14.

Prior to working with the Armor, Carrawell served in a variety of roles at his alma mater. He was the Assistant Video Coordinator/Assistant Strength & Conditioning Coach in 2010-11 and Graduate Assistant/Head Team Manager from 2008-10, after being hired in 2007-08 as the Duke Athletics Outreach Coordinator. He also briefly worked with the Duke women's basketball team before his departure to pro coaching.

A second round draft pick by the NBA's San Antonio Spurs, Carrawell played overseas after graduating from Duke. He last played in Holland in 2007 where his team finished second after losing in the championship finals.

Carrawell is married to his wife Keisha and is the father of two boys, Caleb and Christian.

Smith, who completed his third season on Duke’s staff, has been promoted to Director of Basketball Operations. A consensus first-team All-American and ACC Player of the Year in 2011 for the Blue Devils, Smith will work in conjunction with the coaching and support staff to ensure that all team-related needs are met. He will oversee the student manager program, while implementing and creating the daily basketball calendar, and practice schedule. Among a wide-range of duties, he will coordinate all meals and food for the basketball program, while assisting with team travel.

Bradley has been involved with Duke’s branding and recruiting efforts for more than 15 years, helping Duke Basketball become the most-followed program in college athletics. With Bradley in this newly-created position, the Blue Devils will continue to remain at the forefront of social media strategy, recruiting, messaging, branding and former player involvement. Bradley graduated from Duke in 2004 with a Sociology degree and worked for Duke Basketball his entire career, including three years as an undergraduate. 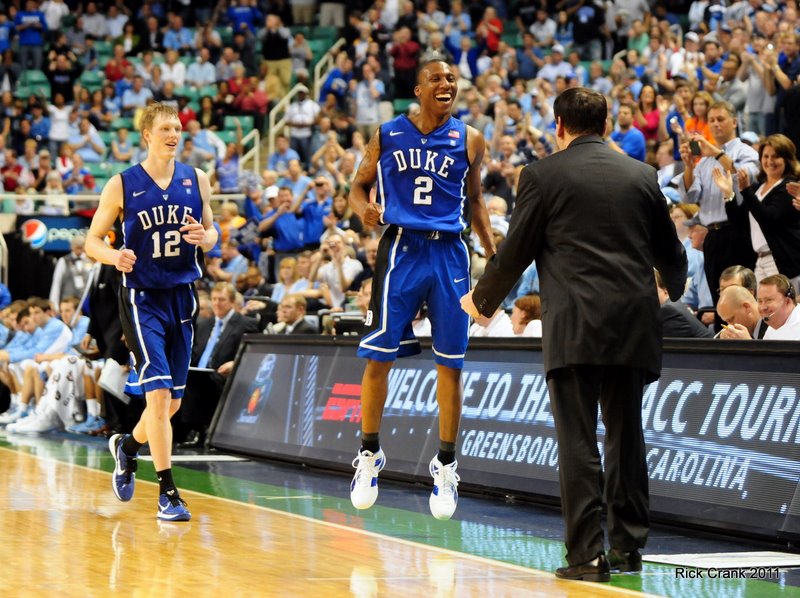 Blue Devil Nation captured video highlights of Duke's celebrations on the floor of the Greensboro Coliseum as the Blue Devils celebrate their 2011 ACC Championship with a dominant victory over North Carolina. Click on each of the videos below to partake in the celebrations!

Nate James and Chris Carrawell on the Floor of the 2011 ACC Championship:

Scene on the Floor after the 2011 ACC Championship:

Tyler Thornton on the Floor of the 2011 ACC Championship:

INDIANAPOLIS - Nate James and Chris Carawell have been great friends for a long time and each of them play roles on this seasons Duke Basketball team.  With the championship game looming tomorrow, the duo chatted up BDN about Butler and their upcoming basketball camp.  Speaking of the camp, if you are a local Durham or surrounding area resident, look into the opportunity.  They give you their contact information at the end of the recording.  Look for more BDN exclusives today and tomorrow as we pump out information from the Final Four in Indy.