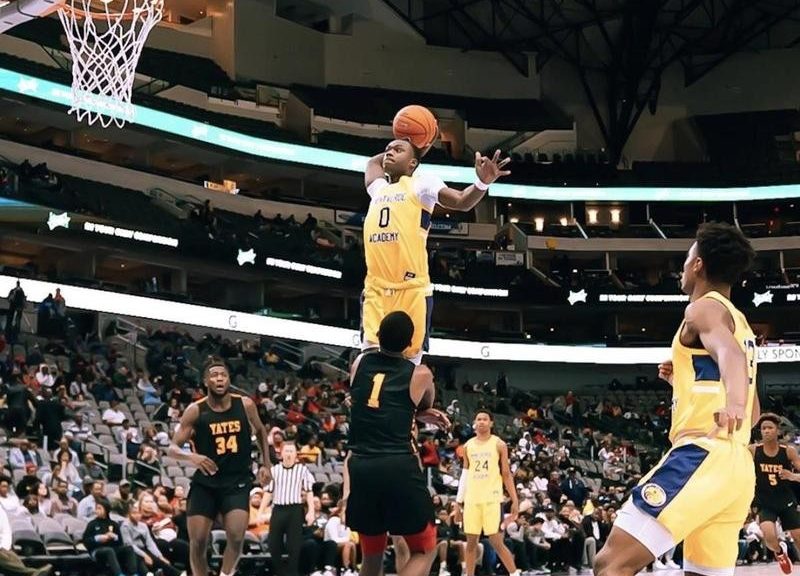 The Duke Blue Devils gained their second commitment of the Jon Scheyer era when one of the nation's most coveted prospects in the nation in Dariq Whitehead chose to play his collegiate career in Durham, N.C.

The New Jersey-born Whitehead plays his high school basketball for Montverde Academy. He made his decision known today on his 17th birthday where he picked the Blue Devils over Kansas, Florida State and the NBA G-League which offered $500.000 for next season.

Whitehead joins recently committed Kyle Filipowski giving Duke a solid foundation on next year's class. That class needs to have multiple players come in, so Scheyer and staff will remain in the trenches throughout August.

Make no mistake about it, Jon Scheyer is having early success on the recruiting trail thanks to the coveted Whitehead's commitment and the work of what seems to be a hungty staff.

Quick Take - As for Whiteheads' play on the court, think potential first despite having elite athleticism and the ability to be a lockdown defender. He has good physicality and finishes thunderously around the rim when the opportunity is at hand. But the reason I mentioned potential is that he was sometimes overshadowed at Montverde where he played with a talented team of all stars. We are just beginning to see a finished product in Whitehead. He is good in open floor situations as is Filipowski, so we are seeing where Scheyer is going with his first class. Duke will focus on the rest of their shortlist on the recruiting trail while preparing for the coming season which will be Mike Krzyzewski's swan song season.