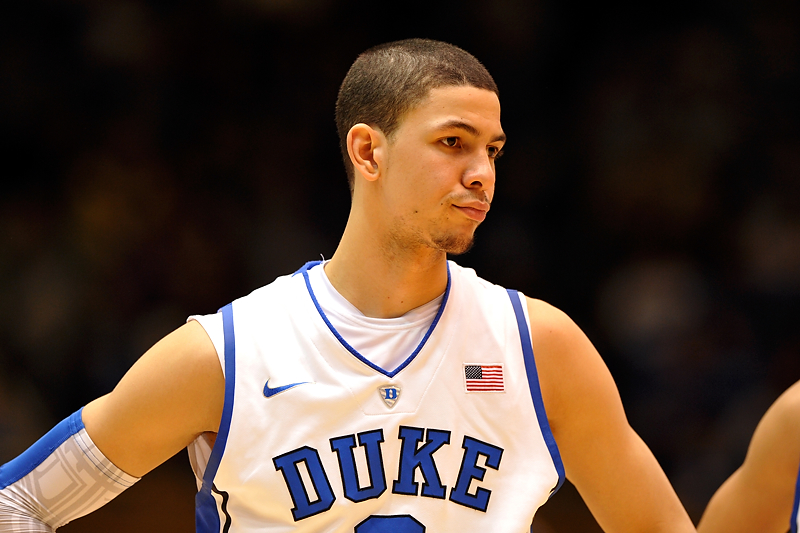 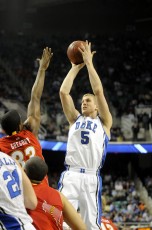 Mason Plumlee addressed the media today in Cameron Indoor Stadium before the big game with Ohio State on Tuesday. Be sure to see part I and II below.

The Duke Blue Devils defeated Davidson last evening and freshman Austin Rivers dropped 17 points on the Wildcats. BDN Video caught up to Rivers after the game to get his thoughts -

BDN goes one on one with sophomore point guard Tyler Thornton -

ESPNU's Midnight Madness special will feature extensive whip-around coverage from top college basketball programs around the nation beginning at 9 p.m. ET on ESPNU HD. ESPN platforms have been covering Midnight Madness events since 1993, with this season marking the fifth consecutive year on ESPNU.

Countdown to Craziness will feature the annual Blue-White game, a dunk contest, performances by several campus groups, new videos from Duke University Improv, as well as videos highlighting Duke's storied basketball tradition and the unveiling of the 2010 National Championship banner.

Blue Devil Nation Premium sat down to talk with Brian Zoubek where we discussed the Wisconsin loss and how the team bounced back  with a victory over St.  John's.  BDN will continue to bring locker room reports after all home games and some road affairs all season long.  We strive to get comments you will not hear elsewhere in an effort to bring yet another benefit to our subscribers.