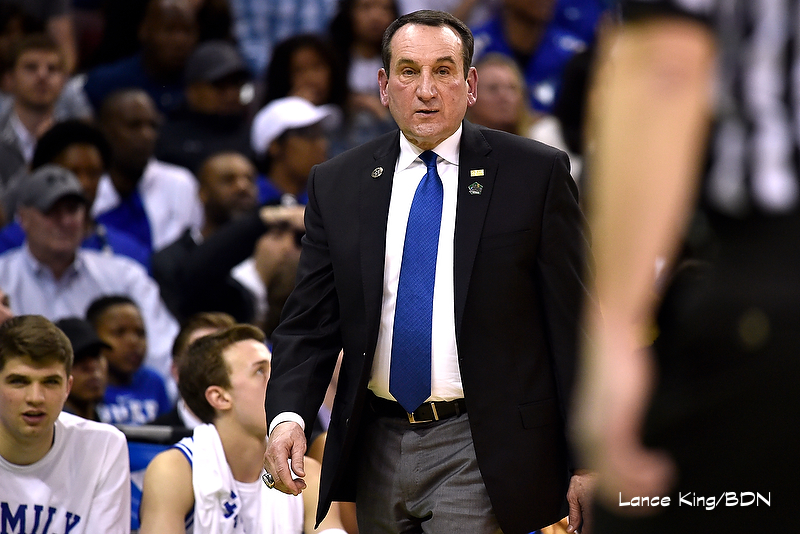 One of the concerns for this season's edition of Duke Basketball was where would the offense come from. Last year, it was clear that Duke was led by two of the NBA's top three draft picks in Zion Williamson and R.J. Barrett.

Duke head coach Mike Krzyzewski while running an immensely successful program is quick to tell you that he handles each team differently. That means there is no preferred system from yeat to year.

At some point in the pre-season, the hall of fame coach will gather his assistant coaches and come up with a game plan for their rostered players.

It is obvious that this year's team does not have two alpha dogs which will lead the team in scoring. The plan this year is for Duke to get all of their rostered players prepared to score the ball.

So far, the aforementioned plan is working. Duke has only played three games but it has become clear that a different player could lead the team in scoring on a given night.

Matthew Hurt came off the bench for the first time to lead the team in scoring with a current career-high of 19 points in the win over Central Arkansas.

In the win over Colorado State, Cassius Stanley led the way with 19 points. And in the opening night win over Kansas Tre Jones led the way with 15 points. The sample size after three games points to early success in creating a new offense

The Blue Devils have had four, five and then six players in double-figure scoring during the 3-0 start. Surprisingly, to date, Duke has had little trouble finding points on the offensive end.

Krzyzewski said in the pre-season that he would play more players as well. Many scoffed at that comment in that he has in the past gotten down to a core group of players he trusts.

But many who did not believe what they were hearing had not covered some of the early years Krzyzewski coached Duke teams. And while playing time may lead to a shortened bench at crunch times in close games to come, it is clear that there is not enough separation by players to not continue to see Duke using more players than some are accustomed to seeing.

In a sense, this new trend will not allow for opponents to focus on any one player. And that is a positive as the team gets more accustomed to one another.

And if you have not figured it out by now, it is clear that Duke has no set starters past Tre Jones and that we will see a lot more combinations in the coming days before ACC play begins in earnest.

Duke is still very much a work in progress, but Krzyzewski focussed a lot of effort on his team's defense knowing the offense would come as the season progressed.

The defense has been good thus far and some of that comes from playing more players. It means, legs remain fresh and his players can go all out when playing. But more importantly, it allows for the offense to develop its identity.

While there is still plenty of work to do for this team to become all it can be, Krzyzewski has had a good start to his staff's vision. But make no mistake, there will be challenges and more adjustments along the way.

Duke is a very young team with some veterans helping the young guys along. With a win over Georgia State this Friday as the 2K Empire Classic continues, Duke will likely be the new number one rated team in the polls. That will open a whole new can of worms and teaching opportunities for the staff in how to handle the hype which comes with the honor.