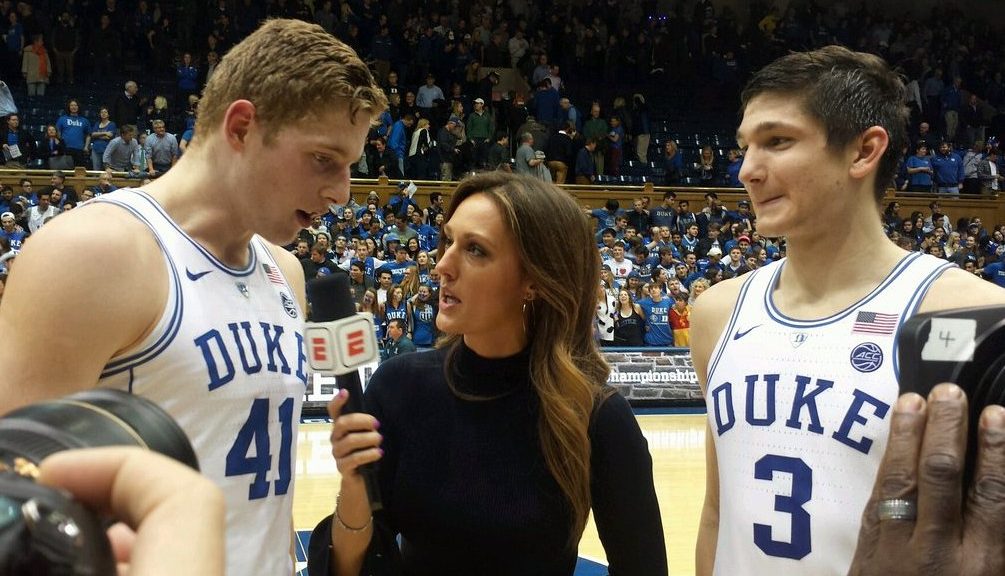 The No. 4 rated  Duke Blue Devils bounced back from their third defeat of the season  for a 88-66 win over Notre Dame.  The Blue Devils push their ACC record to 7-3 and stand 9-3 overall.

Duke was coming off an emotional loss to conference leader Virginia and scored their 23rd win against the Fighting Irish against 7 losses. in the series.

Duke was paced by Gary Trent Jr. who tallied a double-double 22 points and 10 rebounds.  Duke Coach Mike Krzyzewski praised his game as efficient.

Grayson Allen also drew his coaches praise, where Krzyzewski said he played his best game in his last several outings.  Allen finished the game with a team high 8 assists to go with 18 points.

Wendell Carter Jr. added 17 points and 7 rebounds as he continued his consistent play.  Trevon Duval knocked down the games most critical three-point shot when Duke needed it most.  The freshman PG struggled in the 1st half but ended the game with 12 points and 4 assists.

Marvin Bagley III coming off his sixth ACC Rookie of the Week honor had an off night by his standards with 12 points and 8 rebounds.

The story of the game for Duke was the spark Jack White gave the team off the bench.  "It's great when you get that kind of performance from a player you are not expecting it from," said Krzyzewski.

White finished the game with 7 points and 5 rebounds as the Cameron Crazies chanted his name on several occasions.

Duke also gained he services of Marques Bolden back after missing several games due to injury.

The Blue Devils dominated the boards with a 43-27 edge. The Irish struggled from the three-point stripe in the second half as Duke led by 30 points at one point.

A battered Notre Dame team hung tight for much of the game but with three key players out, they were no match for Duke on their home floor.

Duke Coach Mike Krzyzewski notched his 1090th win which is the most of any coach in NCAA history.

The Blue Devils will now enjoy a few days off before taking on St. Johns in their last non conference game of the season this coming Saturday.  That game will be played New York and tips off at noon on the Fox Network.