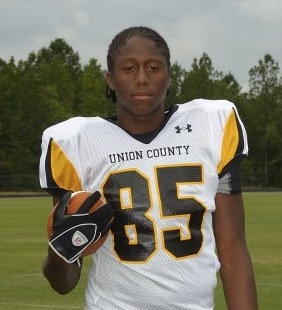 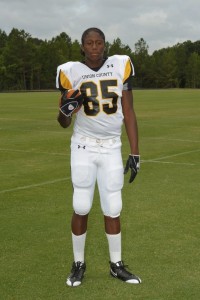 BDN: Can you describe some of your strengths and weaknesses as a player?
DF: My strength is definitely pass rushing, and my weakness is probably my strength right now.

BDN: What are some of the things you’re working on for your senior year?
DF: I’ve been working on my pass rush moves, getting faster and stronger, and coming off the block better.

BDN: As you approach your college decision, what are you looking for in a school?
DF: Good academics first and then the community around the school. For football, the facilities and coaching staff are most important.

BDN: When are you planning to make your college decision?
DF: Whenever I’m comfortable with my choice. I was hoping to maybe decide before the season, but I want to be sure of my decision.

BDN: Which camps have you recently attended?
DF: Wake Forest and Duke in the past month.

BDN: Can you tell me a little bit about those camps?
DF: I got an offer at the Wake Forest camp. I didn’t get to see much of the campuses or talk with the coaches at either camp. It was mostly just working and seeing how the coaching staff coaches.

BDN: Can you talk briefly about some of the ACC schools who are recruiting you?
DF: Wake Forest - their academics are very good and they have a winning reputation in football. Duke – has top of the line academics and a program on the rise. North Carolina State – I just got to see their stadium, I don’t know much about them academically. Maryland has offered me, but I haven’t visited.

BDN: Is there anything else that college football fans should know about you?
DF: Academics come first and I’m a hard worker.

BDN: Thanks very much for your time and good luck with your college decision.
DF: Thank you, sir.

Chris Tavarez is a 5'11” 193 pound strong safety prospect from Westlake High School in Atlanta, Georgia. Chris played outside linebacker as a junior, and is being recruited by several schools to play safety. His strengths on the field are his aggressiveness, hits, and instincts. Heading into his senior year, Chris is working to improve his speed, hoping to clock a 4.3 second 40 yard time (down from about 4.5), and is always working on his fluidity and fundamentals.

Chris missed most of the spring evaluation period while he was in New Zealand, filming a new Disney movie, and thus, his recruitment is a little behind schedule. He's looking for a school with “academics first, with coaches who understand the student-athlete concept.” Since his return, Chris has been getting a lot of attention from big-name academic and football programs, including Duke, Maryland, Kentucky, Harvard, Tulane, Princeton, Connecticut, Oklahoma State, Stanford, and Oregon. He plans on making several visits over the next few weeks to find a place where he'll feel “still at home” when not on the football field. Academically, Chris has an interest in sports journalism, but is still pretty much undecided on a collegiate major. He's looking for a football program that will take him “to the next level in football.”

Though Chris has received lots of interest from schools over the past few months, “Duke was the first to offer and I'm a loyal person,” he said, “I went up there for junior day and they showed me so much love. All the coaches on the staff knew me. They sent me a huge envelope with a letter written by every coach on why they liked me.” During his visit, he was also able to sit down and talk to Coach Cutcliffe. Growing up in Atlanta, Chris has a lot of respect for the ACC, noting that they “play differently than the SEC” and praising the conference for promoting the student-athlete.

Chris hopes to make his decision sometime during the fall, but admits that he has “lots of places to visit and a lot of homework to do” before making a final decision.

Marcus Aprahamian, a junior offensive guard from Brookfield, Wisconsin, committed to Coach Cutcliffe and the Duke Football Program this week and had the following to say to the Blue Devil Nation:

“I have been a Duke commit for almost a day now and still feel on top of the world.

For the last month I have been thinking about the offers I already had and the other schools that were still interested in me. I had already stopped sending out materials to some schools because I knew that, even if they offered me a scholarship, I would not select them over Duke. There were a couple of schools, including Stanford, that were interested and that I was still considering along with Duke. After considering the other options, however, I realized that Duke was just the right school for me.

I really like Coach Cutcliffe, Coach Luke and Coach Sarrett, the football program is on the rise, the academics are unbeatable, and just walking around the campus I got the feeling that Duke could most definitely be home for my future. I want to play for the team that rebuilds the program and brings an ACC championship to Duke.”

Welcome to the Duke family, Marcus!

Kyler Brown is a 6’5” 215 pound junior out of Charlotte Christian High School in Charlotte, North Carolina. Duke football fans are familiar with the Brown family, as Kyler’s older brother, Kelby, will be joining the Duke program as a freshman linebacker this fall.

In his junior year, Kyler played on both sides of the ball, lining up as a defensive end and also as a wide receiver. Most college programs are looking at Kyler as a defensive player, but his quickness makes him an intriguing prospect at several potential positions. On defense, Kyler’s strengths are his ability to bring pressure off the sides and “use speed to attack the ball.” He currently runs about a 4.80 second 40-yard dash, but continues to work on his strength, speed, and hands going into his senior year. Kyler believes that his ability to use his hands is one of his strengths on both the offensive and defensive sides of the ball. Off the field, Kyler describes himself as a “quiet guy,” but on the field, he is an enthusiastic competitor and a great teammate. Coming off of a 2009 NCISAA 3A Championship, Kyler and his senior class hope to win a state championship of their own in 2010. Individually, Kyler said it would be “awesome to get All-State or All-Conference,” but listed a state championship as his primary goal.

When approaching his college choice, Kyler is placing an emphasis on academics, as he knows that a college degree is a great “back-up plan if football doesn’t work out.” He’s also looking for a program that will develop him as a player and allow him to build strong relationships with the coaching staff.

To date, Kyler has received scholarship offers from Duke, East Carolina, and Illinois. He has been in close contact with coaches from Stanford, Oregon, Virginia, North Carolina, NC State, West Virginia, Vanderbilt, and Wake Forest. He is hopeful to receive additional scholarship offers this spring, and he noted the possibility of an offer from Oregon coming soon.

During his brother’s recruitment, Kyler was able to tour many top football programs around the country, but is now setting out on his own process. In the ACC, he’s been impressed by all four in-state programs, having visited Duke, North Carolina, NC State, and Wake Forest. Kyler described all four programs as “getting better” with “good coaching staffs.” He was impressed with North Carolina’s preseason ranking and noted the winning tradition being built at Wake Forest.

Kyler is finalizing plans for summer camps and hopes to make a decision before the start of his senior season, but is not opposed to waiting until after the fall to make a decision, if necessary. After not receiving much playing time early in his high school career, Kyler had a breakout junior season; with strong summer workouts and a standout senior year, more offers may be on the way. Though some might believe Duke would have a natural advantage because of the opportunity to play alongside his brother, it sounds like Kyler is looking to make his own college choice. Kyler described Duke as definitely a “program on the rise,” but he plans to evaluate all of his opportunities before making a commitment. 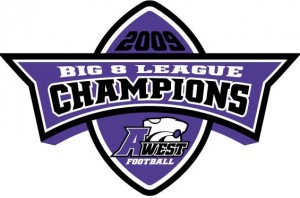 Marc Mustoe is a 6’7” 273 pound junior offensive tackle from Arvada, Colorado. Duke is the first and only ACC program to offer the 2009 second-team all-league player from West Arvada High School.

Marc describes himself as a “tough, hard-working player, who goes all out every time, every play.” Going into his senior year, he’s hoping to work on his overall strength and speed.

For his college choice, Marc is looking for the right environment and fit, both academically and in a football program. He wants a school that will make him the best college football player he can be, while allowing him to earn a meaningful degree. Marc does not currently have a leader, but has visited Kansas State, Colorado, and Utah this spring. He found each school to have its own strengths, and mentioned he really liked the picturesque and inviting feel of the campuses he’s visited so far. He mentioned that location from home is not a big factor in his decision, but finding a church community close to campus is important to him.

Kansas State has been recruiting Marc the longest, but Duke has also been in contact often with the big junior, led by coaches Matt Luke and Matt Lubick. Marc mentioned that he had received letters of interest from each member of the Duke coaching staff, and that seemed to stand out to him. He’s working really hard to find a time to visit Duke, and is hoping to make the trip at the end of May or early June.

Marc is hoping to make a decision by the end of the summer and before the start of his senior football season. He’s looking forward to playing alongside standout tackle Paul Thurston, a rising star in the class of 2012 who already has interest from Texas, Oregon, Kansas, UCLA, and Colorado.

Cody Robinson is a 6’4” 305 pound offensive guard from Mc Minnville, Tennessee. He describes himself as a “high motor” player who thrives in fast-paced games where he can utilize his size and strength to make blocks. He bench-presses 445 pounds and squats 565 pounds, combined with a 4.92 second 40-yard time and 4.39 second shuttle. For his senior year, he says “every player dreams of winning a state championship, that’s my goal. I also want to just be the best football player I can, improving on my speed and strength.”

Cody hasn’t finalized his summer plans yet, but intends to attend camps at Vanderbilt, Tennessee, Duke, and Arkansas. He’s looking to find a school where he fits in with the players and coaches, and hopes to further evaluate that during camps and other visits.

Currently, Cody holds 8 scholarship offers, from Duke, Vanderbilt, Syracuse, Memphis, Middle Tennessee, Western Kentucky, Tulane, and Chattanooga. He’s also been in contact with coaches from Tennessee, Georgia Tech, UCLA, and Arkansas. Location will not be a big factor in Cody’s decision, once he finds the school that is the perfect fit, whether it’s from the SEC, ACC, or PAC-10.

Duke and Vanderbilt have been recruiting him the longest, and he has visited both campuses. He has also recently visited Illinois, Tennessee, Middle Tennessee, Western Kentucky, and Kentucky. On his visits, he’s found a couple schools that stood out because he felt he “naturally got along with the people there,” but he’s not ready to declare a leader. From the Duke staff, he’s been mostly in contact with offensive line coach Matt Luke and is looking to finalize his choice before his senior year.

BDN Premium Football offerings are free until the end of April.