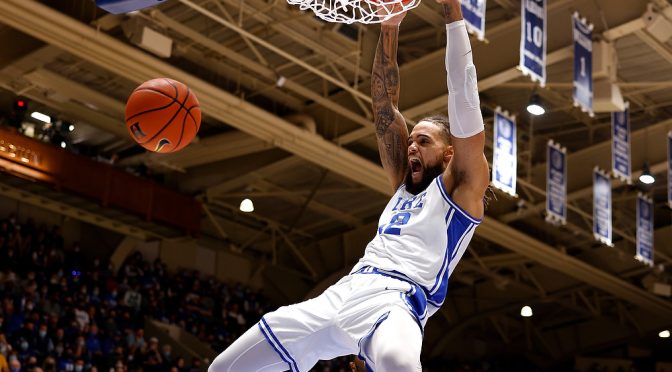 The Duke Blue Devils travel to Tallahassee, Fl. to take on the Florida State Seminoles in a game that tips off at 9:00 on ESPN. The pesky Noles have won three straight games and sit at 10-5 in need of a marquee win.

While last season's games were both canceled, most Duke followers are aware that these games are always close and tonight should be no different. The Blue Devils have been labeled a 5 point favorite.

As usual, Florida State will play a lot of players. In fact, no less than eleven rostered players averaged double-figure minutes. While Seminoles guard Caleb Mills leads the way on offense, the Noles get contributions from different rotation players meaning you have to guard all of them.

It would be wise for the Blue Devils to push the Seminoles off the three-point stripe for they have a lot of guys who can nail open looks. In fact, five of their top six scorers are guards

Duke will once again have a size advantage in this outing. In the last two games and especially the win over N.C. State the Blue Devils have had success with their bigs against smaller teams. This recent trend comes after a team meeting after the Miami loss.

The staff hopes their big men playing well and taking advantage of their size becomes a staple. It almost has to be the case considering the Blue Devils rotation has large wings and a three-man rotation around the paint if you include Paolo Banchero.

Speaking of Paolo Banchero, he is coming off some energetic performances that earned him ACC Rookie of the Week honors. The top-rated draft prospect is better when he mixes his offensive game up a bit.

Duke will almost assuredly get the Seminoles best shot. They're always hungry when Duke comes to town and their guys will try to up their game with a primetime focus on the matchup.

The Blue Devils need a win here in a hostile environment against an upper-echelon ACC team to remain near the top of the league.

I am expecting Duke to pull this one out but feel certain it will be a hard-fought contest until the final buzzer goes off. This is one of those games where you just want the win.