BLACKSBURG, Va. -- Chante Black registered her third straight double-double in ACC action to lead fourth-ranked Duke to a 57-52 victory over Virginia Tech on 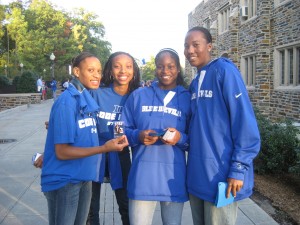