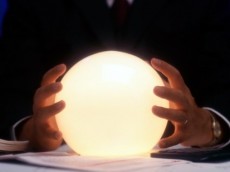 Welcome to week one of the college football season!  The BDN Staff and a weekly guest prognosticator will pick the nations toughest games each week of the season.  There will be no gimme games on our weekly list and you will not see us pad records with easy picks.  This week we are joined by the Voice of the Blue Devils Bob Harris.  I couldn't think of a better guest to kick off the season than Harris, the long time play by play man for the Duke Radio Network.  Be sure to check out his site where you can purchase his latest book by going here - The Voice of the Blue Devils.  Each week we'll have a Duke celebrity as a guest picker and with that said, on to week one -

Mark Watson - The Blue Devils face a must win situation right out of the gate when they face the 19th rated team in the FCS on Saturday when Richmond comes to Wallace Wade Stadium.  The Spiders will try and spin their web around the Blue Devils for a second consecutive time but they'll find wrapping up Duke will not be an easy task. Duke 34 Richmond 16

Bob Green - Duke will dominate the time of possession by executing a balanced offensive attack resulting in numerous sustained drives.  Look for Duke to run the ball for over 200 yards against the Spiders.  With the defense well rested into the 4th quarter, the Blue Devils will pressure Richmond's offense and create turnovers.  The special teams will pull off a big play in the season opener.  Duke 41 Richmond 7.

Patrick Cacchio -Duke will win, but it may not be comfortable. Seventeen Blue Devils will play their first college game on Saturday, so there are sure to be some butterflies and growing pains. Renfree and the offense should give the young Duke defense a lead to work with, which will help them slow Aaron Corp and the Spiders. Juwan Thompson will pace the ground game and Jamison Crowder will have a breakout Blue Devil debut. Duke 34, Richmond 17

Andrew Slater - In the thirteenth meeting of this series, Duke should end its two-game losing streak to Richmond on Saturday. With a full year of starting in the Cutcliffe system under his belt, Sean Renfree and his talented receiving corps should take advantage of a Spiders defense that lost six starters, including its top three tacklers as well as DB/KR Justin Rogers, a seventh round selection of the Buffalo Bills.  Defensively, the Blue Devils will need to contain the USC transfer, senior QB Aaron Corp, who sustained a season-ending knee injury for the Spiders in the fifth game of last year's season. Duke 34-Richmond 20

Bob Harris - The Blue Devils will get 2011 off on the right foot with a 41-14 victory.  Duke OL dominates Spiders up front, allowing Renfree to complete 4 TD throws.  Matt Daniels will have 2 ints to lead the defense. Duke 41 Richmond 14