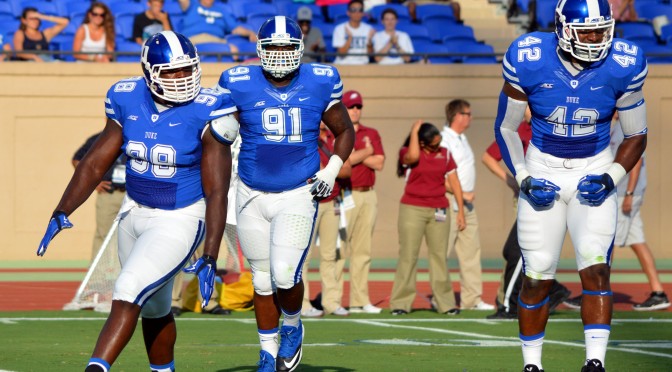 DURHAM - Duke defeated Elon 52-13 in their season opener on Saturday night in front of over 31,000 fans in Wallace Wade Stadium. The Blue Devils' starting defense held the Phoenix out of the end zone for the first 3 quarters before yielding a late touchdown.  DT Carlos Wray recorded his first career sack early in the game, while S Deondre Singleton was credited with a quarterback hit on a safety blitz. Blue Devil Nation was on hand to hear their thoughts on the season opening win.