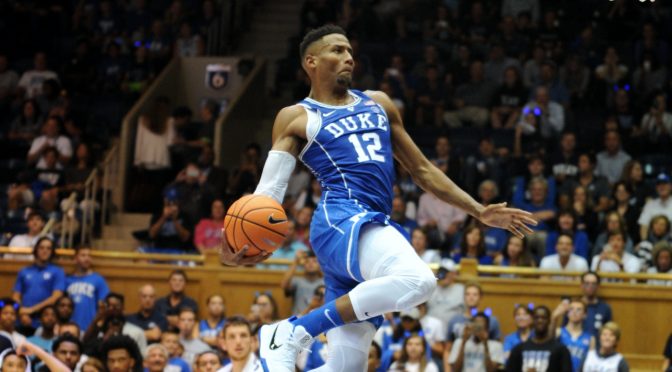 The pair are two of Duke’s top returning players from the squad that went 29-8 last season and reached the Elite Eight of the NCAA Tournament.

“I couldn’t pick two more worthy individuals to lead our team than Javin and Jack,” said Krzyzewski. “They have done everything we’ve asked, from the end of last year to now, to be ready to lead this team. Jack and Javin have earned the respect of our players and staff, and I’m proud to have them as captains.”

Being selected a Duke captain by Coach K is one of the most important responsibilities bestowed upon a Blue Devil. Each member of Duke’s current staff – Nate James, Jon Scheyer, Chris Carrawell and Nolan Smith – served as a captain while playing for Coach K.

“I’m honored to be selected a captain,” said White, a native of Traralgon, Victoria, Australia. “I’m looking forward to the opportunity, and the chance to be a captain alongside my teammate and best friend, is tremendously special.”

“It’s a tremendous honor and I’m very excited for the chance to lead this team,” said DeLaurier, a Shipman, Va., native. “We have a great group that’s capable of achieving all of our goals as long as we stick to the plan. I'm so grateful and humbled to be chosen a captain by Coach K."

No. 4-ranked Duke opens the regular season November 6 versus Kentucky in the State Farm Champions Classic.