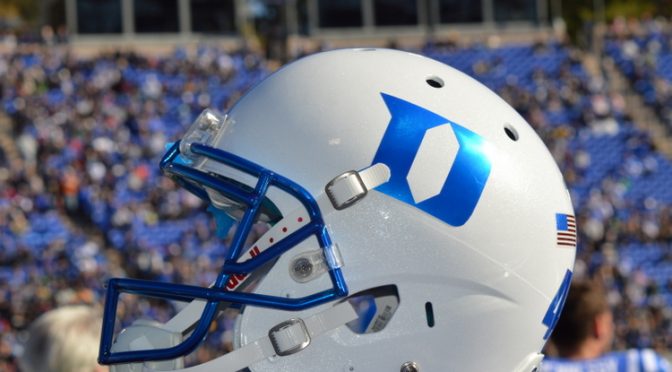 The Duke Blue Devils ended their three game win streak with a blowout loss to North Carolina last week. Meanwhile, the Yellow Jackets had their own problems in a similar lop sided fashion.

These two teams were picked to round out the bottom of the Coastal Divison by pre-season prognostications, so this is both sides' best chance at an ACC win on their slate.

It is hard to imagine that Duke, a 3.5 point underdog in this game will be favored in any contest as they close out the season. That is not a fun place to be with so many games left.

Make no mistake, a win this weekend would be huge for the Blue Devils. And I think they'll show up for this one after a lackluster performance a week ago. If they don't show up, then pencil the rest of the way in as hard to watch.

At this point, the Blue Devils have a lot of football left. What fans want to see is a team that plays with spirit and the purpose of getting better for the future. And believe me, showing those signs are important for recruiting and getting fannies in the stands.

I expect Duke to come out of the gates fast in this one, I just do not think they'll have enough to hang on. Georgia Tech 35 Duke 24