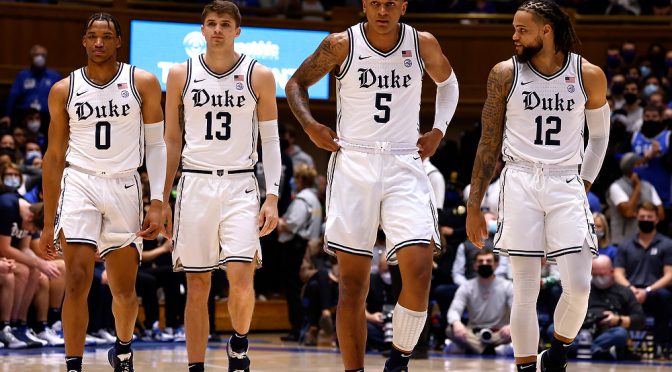 The Duke Blue Devils (11-1, 1-0) are coming off their last seven-day break in between games to travel to Clemson (9-4, 1-1). This will be the second true road contest for Duke and part of two consecutive games in hostile environments where Notre Dame is next. NOTE - This game may be rescheduled.

While the Blue Devils will certainly not look past a pesky Clemson team, the two-game stretch should be a teaching tool and measuring stick for the staff. The only loss of the season was at Ohio State and the team learned then that road games are a different animal.

One of the things to watch is how the team deals with what we will call holiday legs. It takes a bit to get back into game shape after relaxing with family but rest assured the staff likely had a tough workout before they head to South Carolina.

The other possible concern is the mental aspect. Players can quickly relax at home, reflect on the season to date, etc. But this staff knows all ACC teams will be ready to punch Duke in the mouth.

One of the remaining lessons to be learned is how hungry teams will be when they face Duke. Yes, we all know Duke is the only ranked team and we have all heard that the ACC is down. But this is where one must understand that Duke is the one glowing win others can put on their tournament resume.

Duke, IMHO, had a wake-up call against Virginia Tech and they took care of business. But they had the home crowd to lift them and that will not be the case in the next two outings.

As mentioned, the ACC teams will be hungry for an upset win against Duke for the mere fact they are a highly ranked team. And Clemson and Notre Dame following that contest are better than many think as are some other teams in the league.

Clemson crushed Virginia in their last outing and they hold wins over Drake, South Carolina, and Temple as well. The Tigers' losses were to road games with Rutgers and Miami and close losses to St. Bonaventure and West Virginia in early season tournaments that have them sitting at 9-4.

Duke should also be focused on their best player in P.J. Hall. The Tigers rebound well too where three players average at least six boards per game.

The Blue Devils have been solid to date this season, but as Duke coach Mike Krzyzewski states, his team is still learning. In my last article, I mentioned phase I and that is over. Now Duke enters ACC play for the rest of the regular season but we will lump these next two games together as another learning phase on how to handle hostile environments on the road.

So, what we will hope to see in the unusual 2:00 start on Wednesday is for Duke to put together a full forty minutes on the road. They fell short of that against the Buckeyes and it showed that no matter the hype a team has coming into a game that a hungry group can and will knock you off.