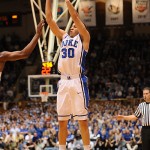 Check out our Duke  versus Santa Clara highlights where Seth Curry scored a Duke career high of 31 points.  BDN teamed with Ball is Life for this vid ... 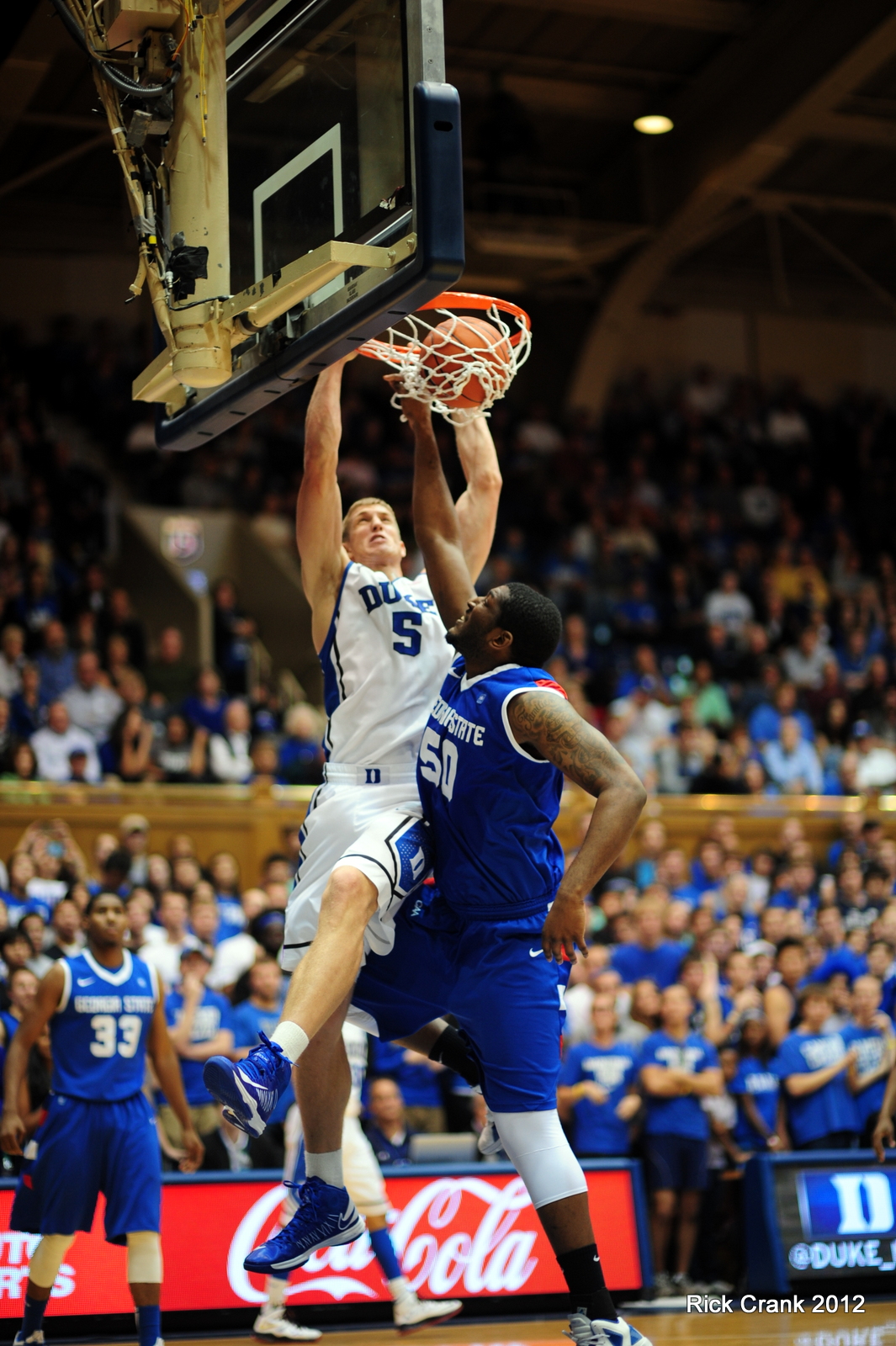 I created a fictitious Dunk-O-Meter on the BDN Twitter feed for Duke senior Mason Plumlee, who's two shy of the all-time Duke record set by Robert Brickey. Of course, few know that this stat only came about in the 1980's. Plumlee is 2nd in the ACC in scoring this season at 19.7 ppg, and has scored at least 16 points in every game this year. Plumlee is also 2nd in the conference in rebounding, grabbing 10.0 rpg boards per contest, and is the ACC's active leader in double-double production with 21. Plumlee has been incredibly efficient from the field all season as well, ranking fourth in the entire nation in that category. "We're just a different team this year," said Plumlee during this afternoons open media session with players. "We are so balanced, there are times when you grab the box score after the game and we have five guys in double figures. Offensively, I think we can be dangerous with our balance this season."  Check out for yourself what Plumlee had to say: 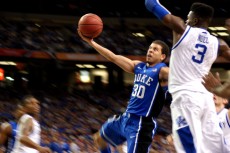 Duke Freshman Amile Jefferson has been a pleasant surprise in the early season exhibition games and BDN caught to him as members of the team addressed the media today.  Jefferson talks of his adjustment to the college game and his role on this seasons team and more.  Check it out for yourself -