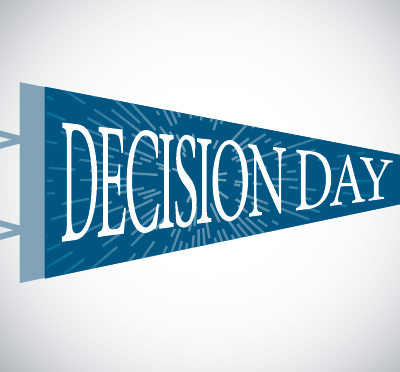 If you haven't heard of Dereck Lively yet, you may be living under a rock. Lively is the latest can't miss prospect who is seemingly down to Duke and Kentucky and he will make his decision later today.

Lively who stands over 7 foot tall soared up the rankings into the top five some months back and for good reason. He moves well, is long and lean, has upside, and can change the game with his play.

The Pennsylvania prospect most definitely likes the Blue Devils enough to have them in his final few schools. He may well pick Duke and if so, it would give Jon Scheyer the core base of his class where he would join Dariq Whitehead, Kyle Filipowski and Jaden Schutt.

Duke head coach to be, Jon Scheyer who is flanked by Chris Carrawell and Nolan Smith has made major inroads on the recruiting trail. That means Duke post-Mike Krzyzewski will still be a huge factor on the college basketball scene.

I share my thoughts on the member's message board on this important decision away from the public sphere. Be sure to follow our Twitter feed for updates on how to watch the decision.

Nothing cures ills like a win. Just ask David Cutcliffe who was plenty happy Duke defeated a Big 10 opponent in Northwestern. The Blue Devils rode a fast early start to a win but they had to hang on late as they did not play especially well in the second half. Still, this was a solid win and with Kansas coming in this week where Duke is a hefty 15.5 point favorite and it appears the Blue Devils could win their third straight game after the opening day upset loss to Charlotte. This team needs support and hopefully, more fans will turn out this week in that the Kansas fanbase does not travel well.

What a season this young man is having. Eight touchdowns in three games to start the season for Mataeo Durant. A South Carolina native, Durant, is also averaging about 133 yards rushing per contest.

In case you missed it Department

A tremendous win for Duke Women's soccer over UNC this past week as Duke Athletics, on the whole, continues to flourish. I am a Duke Baseball fan and you should be too for they're a fun program to follow under Chris Pollard. He secured the nation's #9 recruiting class. #bluecollar Back to Jon Scheyer for a second... he got a commitment from monster talented 5-star 2023, PG Caleb Foster, last week as well.

The schedule was released in hoops

On the heels of an 11-game non-conference schedule that had been previously announced, Duke unwraps the ACC schedule three days before Christmas versus Virginia Tech at Cameron Indoor Stadium (9 p.m., ESPN2) followed by a date at Clemson on Wednesday, Dec. 29 (7 p.m., ACCN).

The first of two versus North Carolina is Saturday, Feb. 5 in Chapel Hill (6 p.m., ESPN) with the return game scheduled for Saturday, March 5 at Cameron Indoor Stadium (6 p.m., ESPN) for the regular-season finale.

Duke finishes the regular season with three of the final four games on the road, including three consecutive road stops at Virginia on Wednesday, Feb. 23 (7 p.m., ESPN), at Syracuse on Saturday, Feb. 26 (Time TBD) and at Pittsburgh on Tuesday, March 1 (8 p.m., ACCN).

The ACC schedule includes 10 Saturday games – five at home – and two matchups on ESPN's Big Monday package – at Florida State on Jan. 17 and home versus Virginia on Feb. 7.

Duke's Countdown to Craziness event is Friday, Oct. 15 at Cameron Indoor Stadium and the lone exhibition game is against Winston-Salem State on Saturday, Oct. 30 at Cameron Indoor. The regular-season opener is Tuesday, Nov. 9 versus Kentucky at Madison Square Garden in the State Farm Champions Classic.