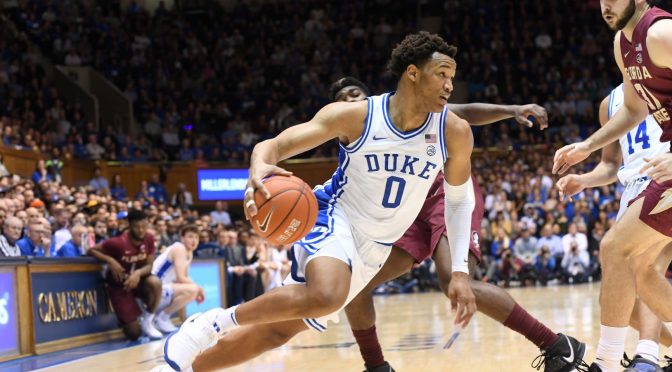 Baker and Moore were elected to lead the Blue Devils via a player vote and both will serve as captains for the first time in their respective careers. The pair are two of Duke's six returnees from last season's team.

"This is such a tremendous and well-deserved honor for Joey and Wendell," said Krzyzewski. "Our team could not have selected two more worthy captains, who are each great leaders in their own way. Wendell and Joey are hardworking, selfless, and humble and set a daily example with how beautifully they represent our program. Our team is in great hands as we prepare for this season."

Baker enters the 2021-22 campaign as the lone senior on Duke's roster. The sharpshooting forward from Fayetteville, N.C., has appeared in 54 career games with four starts, posting an average of 3.9 points per contest on .371 field goal shooting, .363 three-point shooting and .850 free throw shooting.

A native of Charlotte, N.C., Moore has started 29 of 49 games over the past two seasons, averaging 8.6 points, 4.5 rebounds and 2.3 assists. In the final 19 games of the 2020-21 season, he increased his scoring average to 11.2 points per game while shooting .454 from the field. Off the court, the Visual and Media Studies major has been named to the All-ACC Academic Team in each of the past two years.

Baker and Moore will join Coach K at the 2021 ACC Basketball Tipoff on Tuesday, Oct. 12 in Charlotte. Duke opens the 2021-22 season Tuesday, Nov. 9 versus Kentucky at Madison Square Garden in the State Farm Champions Classic.