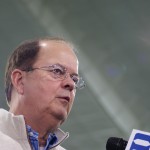 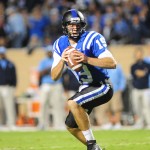 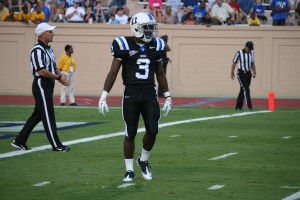 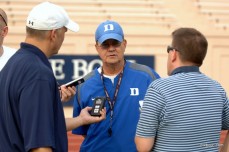 DURHAM - The Duke Blue Devils held their final viewable scrimmage before the season opener with Elon last evening and BDN took in the action catching up with Coach Cutcliffe for his comments.  There were lots of fireworks on offense where several players made big plays,  Cutcliffe talks of this and development of young players and much more in this informative two part interview.

And be sure to catch part two where Cutcliffe talks about August Campbell, the offensive line, depth, Josh Snead's long T.D. run, the backup quarterback and more -