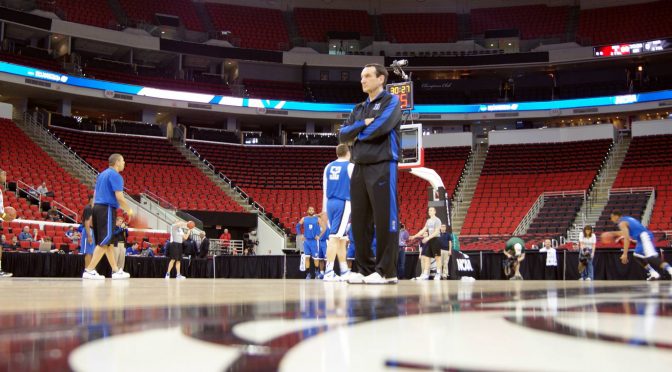 The first thing some may think with the pending Duke vs Louisville game on Saturday is that the Blue Devils are heavy favorites. While Duke is indeed the favorite I expect a tougher test than before the Cardinals decided to part ways with former head coach Chris Mack

The reasoning is that teams generally rally around the wagon when a coach or player is down. In their minds, they have less to lose while realizing they have to step through a new door of change. By making a change, a proud basketball program may show up in a brand new way come game time. And it is so easy for some to throw out there the Louisville program is in disarray while avoiding the fact that all players point to the Duke game as one of the biggest of their careers. In short, Louisville will in no way roll over.

Another thing that makes the Cardinals a tough team to prepare for is that they play a lot of players. One quick look at the stats will show this and that means there are more players who can step up on a certain evening therefore all must be guarded well. And trying to figure out which players could play well is not easy when scouting a team that still sits at a respectable 5-5 in the conference and 11-9 overall.

Some are saying the Louisville team quit on Mack in his last couple of games. If that is true, they are sure to step up their game. You see, intangibles are a part of the game yet they are more often than not overlooked.

What Duke needs to do is try to get Louisville into a running game and not a half-court slugfest. The Blue Devils will need to be on point with concern to their focus in this one and if at all possible, have a good start. Duke has been streaky of late and at some point, they need to become more consistent with their efforts.

It is still unknown whether Trevor Keels will suit up for Duke. The sooner the better for chemistry and while the fanbase can look ahead realizing Duke must leave Louisville for South Bend on Monday night, the team will need a one-game focus to have success and stay near the top of the ACC standings.

This will be the last time Mike Krzyzewski is playing Louisville at the Yum Center. And he will not likely address the fact he wishes Louisville would have waited to make a change after Duke was in town for he knows the intangibles I speak of well.

So any of you expecting an easy win, I hope you are right. But from my vantage, this can be a trap game if the Blue Devils do not come out with their energy.