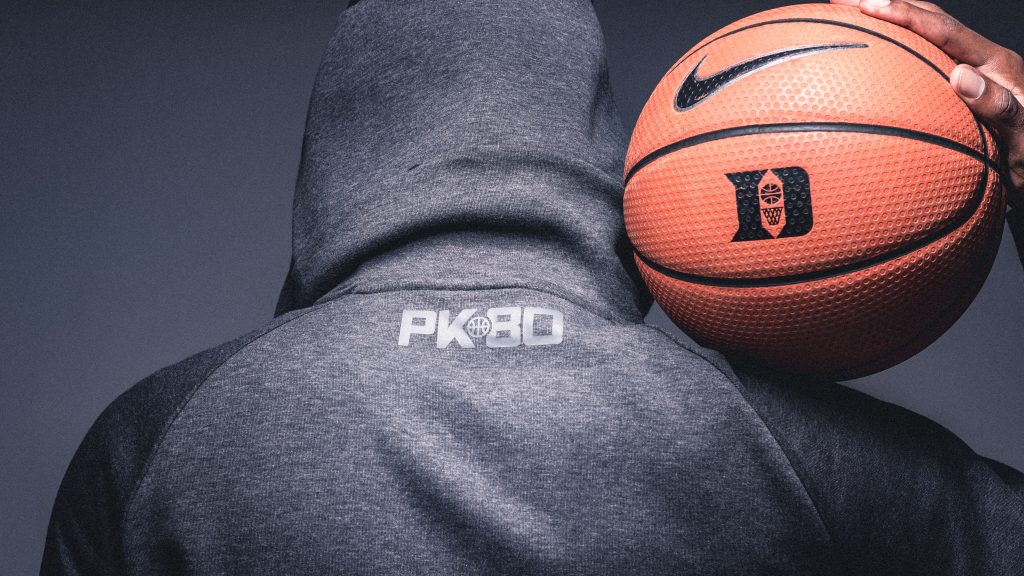 DURHAM, N.C. – Duke University has suspended all athletic competition for the foreseeable future, effective immediately, in response to COVID-19. The announcement was made Thursday by President Vincent E. Price, in conjunction with guidance from public health experts and Duke Athletics leadership.

The suspension applies to all athletic competitions and practices for the health and safety of all who are essential to these activities. This suspension also applies to any camps and clinics sponsored by Duke’s intercollegiate athletic programs.

Duke University and Duke Athletics will convey additional information, when available, via its social media channels and GoDuke.com.

Statement from Duke President Vincent E. Price:
“We are taking this action to protect the safety of our student athletes, coaches, staff and others who are essential to these activities. I know it is a great disappointment to our student-athletes and coaches, whose hard work and dedication to their sports and Duke is inspirational to so many, but we must first look out for their health and well-being.  This is clearly an unprecedented moment for our university, our region and the wider world. As we take steps to confront the spread of this virus, I’m grateful for the cooperation and support of the entire Duke community.”

“During this unpredictable time, Duke Athletics fully supports all measures to protect the health and welfare of the Duke family and beyond.  While we understand this may be daunting to many, please know that this decision is entirely in the best interest of all student-athletes, coaches, staff and fans.”

“We emphatically support the decision made by Dr. Price today regarding the suspension of athletic competition at Duke. The welfare of our student-athletes, and all students at Duke, is paramount, and this decision reflects that institutional priority. Certainly, I want to applaud Dr. Price, who took a leadership role with his presidential peers and the Atlantic Coast Conference in arriving at this decision.” 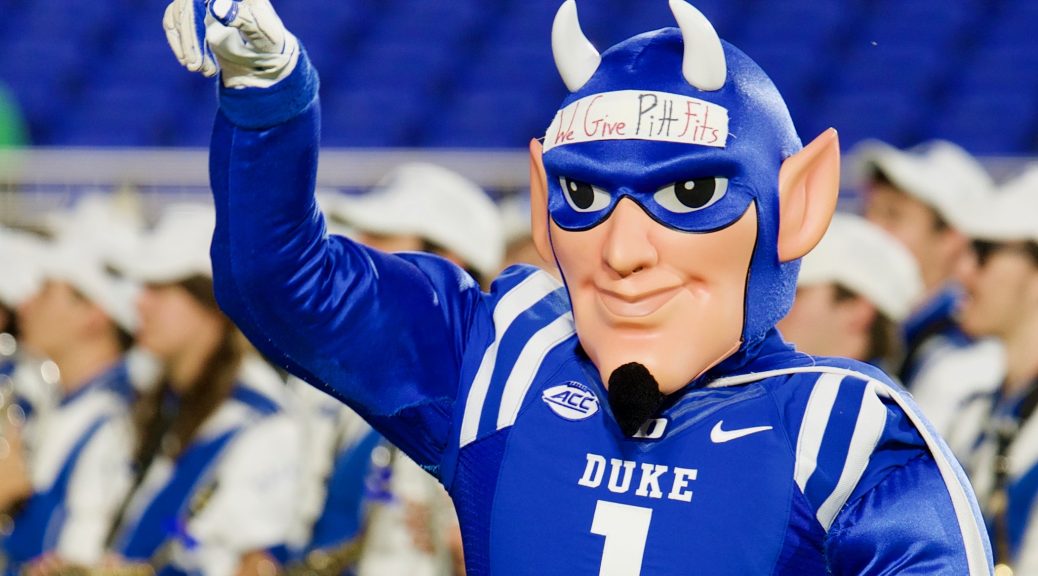 Cutcliffe enters his 13th year at the helm of the Blue Devil program. Earlier this offseason, Cutcliffe announced he has assumed the offensive play calling duties, making him one of 10 head coaches at the FBS level to serve as both head coach and coordinator/offensive play-caller.

Practices are closed to the public, but fans are encouraged to follow Duke's social media platforms using the handle @DukeFOOTBALL to keep up with the Blue Devils throughout the spring. Periodic updates also will be available via GoDuke.com. 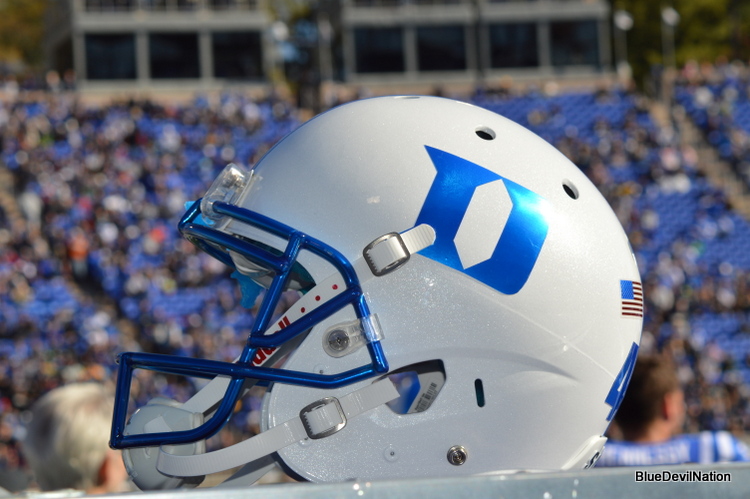 Former Stanford offensive tackle Devery Hamilton will transfer to Duke University. The Blue Devils have now gained the service of two potential starters in as many days.

Standing 6-7 and weighing in at 300 pounds, Hamilton started the first four-games for Stanford before suffering an injury. It is also worth noting that Hamilton played both guard and tackle during his time in Palo Alto.

Hamilton is expected to enroll at Duke in July, 2020 after graduating from Stanford University with a degree in communications and philosophy. He played in 27 games, making 10 starts, over the past three seasons for the Cardinal. In 2019, Hamilton started the first four games of the year before suffering a season-ending injury.

During his four seasons at Stanford, Hamilton helped the Cardinal compile a 32-20 overall record, three bowl game appearances and a pair of national top-20 rankings in the Associated Press final poll. Hamilton was a two-time Pac-12 All-Academic team selection in 2017 and 2018.

Hamilton will have one season of eligibility remaining beginning with the 2020 campaign.

A 6-7, 300-pound native of Ellicott City, Md., Hamilton was charted as a four-star prospect by Scout.com, Rivals.com and 247Sports.com. He also was tabbed a top-25 offensive tackle nationally by all three outlets. As a senior at Gilman High School, he earned all-state first team honors, while helping the team rank No. 1 in Maryland and 12th nationally. 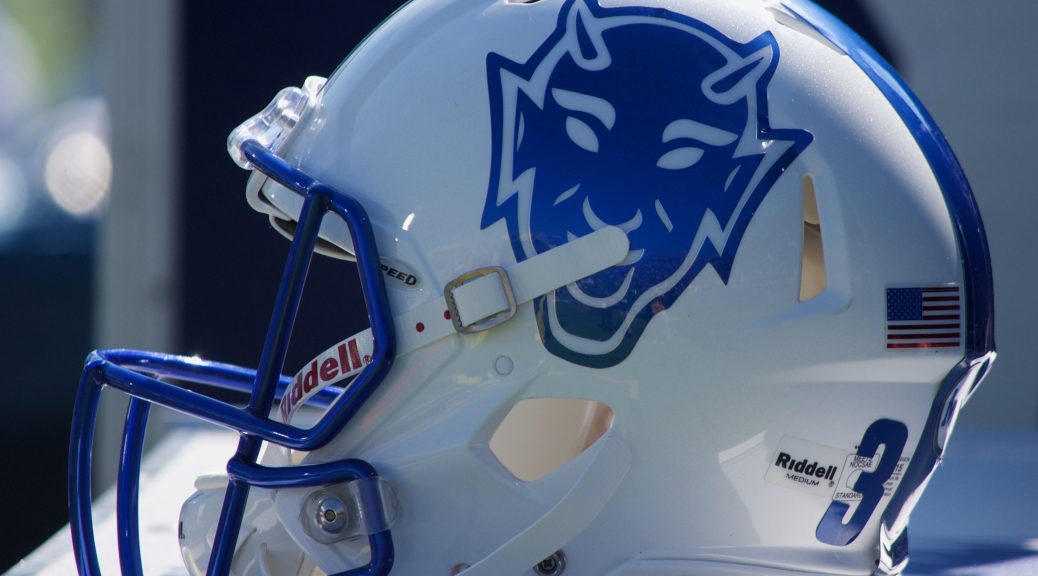 Brice is expected to enroll at Duke in July, 2020 after graduating from Clemson University with a degree in parks, recreation and tourism management. He played in 25 games over the past two seasons for the Tigers, completing 82-of-136 (.603) passes for 1,023 yards with nine touchdowns and four interceptions while rushing 30 times for 187 yards (6.23) and one touchdown.

During his three seasons at Clemson, Brice helped the Tigers compile an overall record of 41-4 with three ACC titles, two College Football Playoff berths and the 2018 national championship. An ACC Academic Honor Roll selection in 2018, he will have two seasons of eligibility remaining beginning with the 2020 campaign.

A 6-2, 230-pound native of Grayson, Ga., Brice was charted as No. 184 overall high school prospect nationally by Rivals.com. In addition, he was rated among the top 20 prospects art quarterback. As a senior at Grayson High School in 2016, he led the Rams to a state championship.

The Blue Devils open their season on September the 5th against Middle Tennessee State. They will then play Elon the next week before a Thursday night contest against Elon during a three-game homestand.

Virginia will visit Duke on November the 13th for a Friday night game. Yes, that is Friday the 13th.

The Blue Devils will then get a bye week before traveling to play to South Bend, Indiana where they will take on Notre Dame on Halloween. Here is the complete schedule - 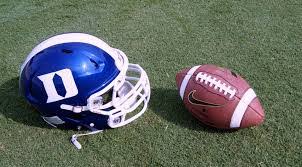 Frey, who brings over two decades of coaching experience to Durham, including 12 seasons as an offensive line coach at Power 5 institutions, will take the reins of the Blue Devils' offensive line immediately. Throughout his coaching tenure, he has helped more than 20 student-athletes to NFL careers and mentored 21 all-conference honorees.

"We're thrilled to have Coach Frey join our staff," Cutcliffe said. "It isn't often you have the opportunity to add an individual who, within the landscape of college football, played at the highest level, has coached at the highest level and comes with 20-plus years of experience on the sideline. Coach Frey's coaching and mentoring abilities are inspiring, and he will have an immediate and positive impact on the young men in our program. We look forward to welcoming Greg, his wife Andrea and children into our football family."

Frey comes to Duke after a one-season stint (2019) at Florida as a quality control analyst.

"As you go through life and build your family and your career, who you surround yourself with becomes very important," Frey said. "What attracted me so much to Duke University was the faith, the family and the football, as well as the way Coach Cutcliffe runs his program. As we move forward, we want to be at the forefront of building the culture and championship level play that Duke expects. I'm excited to get started and can't wait to go."

Prior to his time with the Gators, Frey served one season (2018) as the run game coordinator and offensive line coach at his alma mater, Florida State, where he was a member of the Seminoles' 1993 national championship team. Under Frey's direction, the Florida State line blocked for an offense that compiled 4,334 yards and 31 touchdowns in 2018.

Prior to returning to Tallahassee, Fla., Frey spent the 2017 season as Michigan's run game coordinator, while also coaching the tackles and tight ends. That season, Frey's group helped the Wolverines rank fourth in the Big Ten in rushing by averaging 177.7 yards per game on the ground with 26 rushing touchdowns. In addition, Michigan ranked third in the conference and 20th in the NCAA in time of possession. Offensive tackle Mason Cole earned second team All-Big Ten honors and established the school record for career starts by an offensive lineman with 51.

Also in 2017, the Michigan tight ends combined to catch 54 passes for 697 yards and five touchdowns. Sean McKeon led the Wolverines in receiving with 31 receptions for 301 yards and hauled in a team-high three touchdowns, while Zach Gentry was second on the team with 303 receiving yards on 17 receptions with two scores. McKeon and Gentry both earned honorable mention All-Big Ten honors, and six Wolverine tight ends earned spots on the Academic All-Big Ten Team.

From 2011-16, Frey spent six years coaching the offensive line at Indiana. With the Hoosiers, he also served as the run game coordinator for the 2012 and 2013, co-offensive coordinator in 2014 and 2015 and assistant head coach in 2016. In 2015, Frey was nominated for the prestigious Broyles Award, an honor presented annually to college football's top assistant coach.

While with the Hoosiers, Frey mentored some of the best offensive lines in Indiana gridiron history. Guard Dan Feeney was a two-time All-America selection, earning first team accolades in 2015 and second team honors in 2016 despite missing significant action due to injury. Tackle Jason Spriggs earned first team All-America status as well and became the program's first Outland Trophy semifinalist in 2015. That season, the duo became just the sixth pair of teammates, and first in school history, to be first team All-America picks in the same campaign. Spriggs was chosen in the second round of the 2016 NFL Draft by the Green Bay Packers, and Feeney was a third round selection of the Los Angeles Chargers one season later.

In 2015, Frey's offensive line blocked for one of the most prolific and balanced offenses in NCAA history as Indiana became just the fourth FBS team with one 3,500-yard passer, two 1,000-yard rushers and one 1,000-yard receiver. In addition, the Hoosiers became the first Big Ten team since Ohio State in 1995 to lead the conference in total offense, scoring offense and passing offense.

Also during his first Michigan stretch, Frey mentored All-Big Ten honorees Taylor Lewan, David Molk, Patrick Omameh, Stephen Schilling and Michael Schofield. Lewan was a two-time Big Ten Offensive Lineman of the Year choice and was selected 11th overall in the 2014 NFL Draft by the Tennessee Titans while Molk won the Rimington Trophy before being drafted by the San Diego Chargers.

In 2007, Frey served as the offensive line coach at West Virginia and helped the Mountaineers to an 11-2 overall record, the Big East championship and a Fiesta Bowl victory. The offensive line, anchored by All-America pick Ryan Stancheck and first team All-Big East choice Greg Isdaner, blocked for an explosive offense led by Big East Offensive Player of the Year Pat White. The Mountaineers rushed for 297.2 yards per game, the third-highest average in the nation, ranked ninth in the country in scoring (39.6 points per game) and averaged 456.2 yards of total offense per game to rank 15th nationally.

Frey spent the first 11 years (1996-06) of his collegiate coaching career as part of the first staff at USF, which began its program in 1997. After spending three seasons as a graduate assistant and serving as the Bulls' defensive line coach in 1999, Frey shifted to the offensive line for his final seven seasons in Tampa. In his time with South Florida, the Bulls were 70-43 and participated in the first two bowl games in program history.

Under Frey's direction, USF linemen earned six all-conference accolades despite the Bulls only being in a conference for his last four seasons. The group included offensive tackle Kenyatta Jones, who became the first USF player to be drafted when the New England Patriots selected him with first pick in the fourth round of the 2001 NFL Draft.

A native of Clearwater, Fla., Frey graduated from Florida State in 1996 with degrees in interdisciplinary social science and political science. He and his wife, Andrea, have two sons, Cameron and Drew.