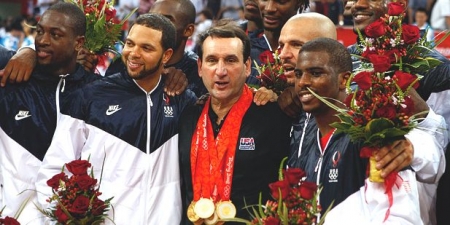 They say a picture is worth a thousand words.  Well, this is but one of many pictures of Coach K that will live on in time.  Coach K further cemented his name into the history books in leading Team USA to the Gold Medal, an accomplishment few can claim.  If you think Coach is satisfied with three national championships and his latest accomplishment, think again.  His staff will be hard at work on the recruiting front trying to help secure the combination of players which will be a part of the fourth or maybe even fifth title by the time they time they arrive.

No matter, how you spin the effect of the Gold Medal on Duke Basketball, there is no denying that it helps in many ways.  During the upcoming season, announcers will all allude to Coach K and his Olympic success.  Current players like Gerald Henderson and Kyle Singler will benefit from his experiences and the nations spotlight will be cast no matter where the Blue Devils play.

What about recruiting?  Duke is in a hotly contested battle for Kenny Boynton in the class of 2009.  Do you think seeing Coach K handle super talented guards like Dwayne Wade and Chris Paul made an impression?  Do you think any of the five kids offered in 2010 want to be a part of something special?  Would they like to attend a school where they will play for a living legend and have all their games televised?

While nobody can answer these questions for sure, one has to think that with Coach K now turning his sole focus on Duke that there will be a lot of kids wanting to play for the man who has handled the best players in America and has produced either the first or second most NBA players, depending on where you look, than any other coach in America.

Yep!  Coach K had this talented bunch of NBA stars buy into teamwork for the greater good.  And we all know that selfless play produces winners.  Believe me, all these players are winners, having endorsements waiting in multiple countries and more importantly, representing what's best about America!

As Duke fans or Americans, we should be proud of what Coach K had done for the United States, Duke and world basketball.  Thanks to this years edition of Team USA, millions of fans were born making basketball a household name.  Quite simply, Coach K was as selfless as his players, serving as an ambassador of basketball instead of shirking the duties to concentrate on Duke alone.

In the end, we learned a lot about teamwork and as Duke fans we are fortunate to have a legend strolling the sidelines of Cameron for years to come.[/private] 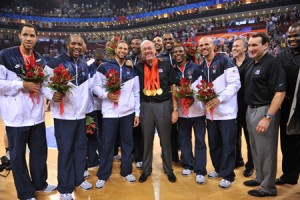 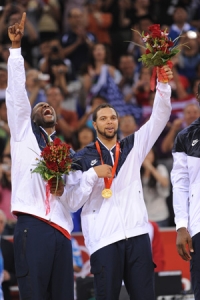