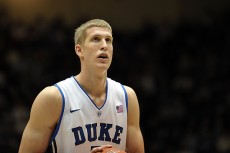 The four teams playing in the State Farm Champions Classic have combined for 18 NCAA Championship titles, with each winning one in the last five years. In the inaugural event last November at Madison Square Garden in New York City, Kentucky defeated Kansas, 75-65, and Duke beat Michigan State, 74-69. That game elevated Duke head coach Mike Krzyzewski past Bobby Knight for most Division I wins by a coach.